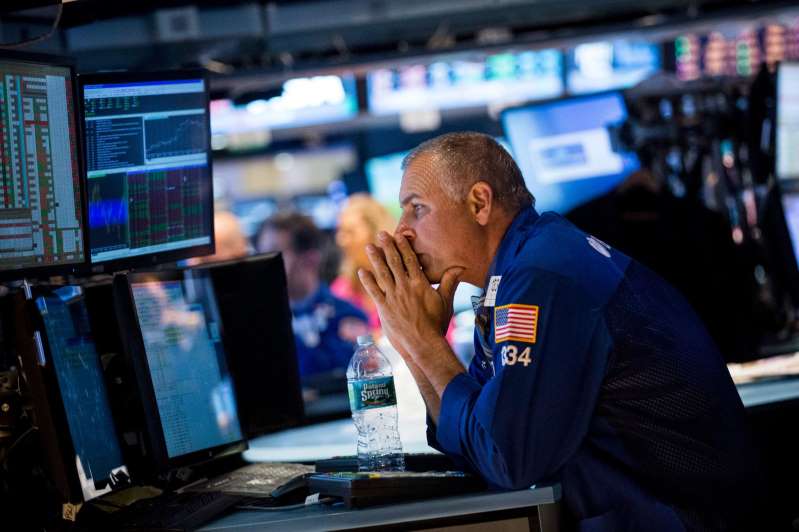 Consensus estimates from economists surveyed by Dow Jones showed an expectation for 1.5 million new claims, though individual forecasts on Wall Street had been anticipating a much higher number. The surge comes amid a crippling slowdown brought on by the coronavirus crisis.

The four-week moving average, which smooths out weekly distortions, was 1,731,000, an increase of 27,500 from the previous week’s revised average.

Despite the news being even worse than expected, the maj

or stock indexes opened more than 2% higher, wiping ut what had been sharp earlier losses.

“This was way bigger than we thought and the market’s still moving higher,” said Randy Frederick, vice president of trading and derivatives at Charles Schwab. “That’s a very encouraging sign that we may be in a bottoming process.”

Businesses across the country have shut down amid a policy of social distancing aimed at keeping COVID-19′s growth in check. Individual states have reported websites crashing amid a rush to file.

“We’ve known this number was coming for a week and a half,” said Tom Gimbel, founder and CEO of the LaSalle Network, a Chicago-based employment agency. “It doesn’t surprise me at all. When you see a city like Las Vegas get shut down, I don’t know what other options there were than seeing a number like this.”

Jobless claims are considered the quickest window into current economic conditions. Most data reports in recent weeks reflect periods before the worst of the coronavirus hit and have been showing the U.S. in relatively good shape heading into the crisis.

“This is a unique situation. People need to understand, this is not a typical downturn,” Federal Reserve Chairman Jerome Powell said earlier Thursday on NBC’s “TODAY.”

“At a certain point, we will get the spread of the virus under control. At that time, confidence will return, businesses will open again, people will come back to work,” he added. “So you may well see a significant rise in unemployment, a significant decline in economic activity. But there can also be a good rebound on the other side of that.”

However, the near-term damage will be dramatic.

At a state level, the numbers were stunning.

The jobless claims numbers were released a day after  the Senate passed a $2 trillion plan to respond to the pandemic, the biggest emergency relief package in U.S. history.

Disclosure: NBC and CNBC are owned by Comcast’s NBCUniversal unit.