Skip to content
Home » U.S. Politics » Is it Time to Reform the FBI?
Previous Next

Is it Time to Reform the FBI? 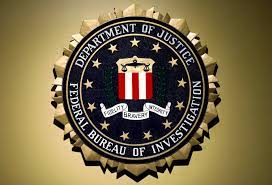 The past few weeks Twitter CEO Elon Musk has been releasing damaging revelations showing the close ties between the FBI and the social media giant providing evidence of the close ties including suppression of information and political speech censorship.

The FBI finally responded to these revelations; “The correspondence between the FBI and Twitter show nothing more than examples of our traditional, longstanding and ongoing federal government and private sector engagements, which involve numerous companies over multiple sectors and industries,” the bureau said in a statement. “As evidenced in the correspondence, the FBI provides critical information to the private sector in an effort to allow them to protect themselves and their customers. The men and women of the FBI work every day to protect the American public. It is unfortunate that conspiracy theorists and others are feeding the American public misinformation with the sole purpose of attempting to discredit the agency.”

Everything in this statement by the FBI is untrue, except how the Bureau’s “engagements which involve numerous companies over multiple sectors and industries.”

With more revelations to come, will we find that the FBI coordinated with other social media companies and to what extent was the involvement?

The time has come for major reform of the FBI, modeled after the Church Commission which Congress impaneled to investigate the Bureau and other federal agencies for involving itself in domestic politics during the Watergate era of the 1970’s. This was later to include abuses by U.S. intelligence agencies.

Just examine some of the top issues the FBI has handled over the years.

First let’s begin with the Russian investigations where the FBI was the epicenter of political bias. You had FBI officials like Peter Strzok fired for showing open bias against presidential candidate Donald Trump. The FBI ignored various warnings from the never authenticated Steele dossier, which was mainly funded by the Clinton campaign, and was likely Russian intelligence disinformation, despite key allegations being refuted.

The FBI has instead of being the premier U.S. law enforcement agency; it has virtually been the protectorate when it involves the Biden family and the Democratic Party. Look how the FBI handled the Clinton investigation compared to the heavy handed way the Bureau investigated Trump and his campaign. Just examine how the FBI handled the Hunter Biden laptop scandal, beginning with Hunter apparently lying on federal firearm application to acquire a firearm, then that same time the firearm being tossed into a trash bin by Hallie Biden, the widow of Hunter’s deceased brother who he was in a relationship at the time with; nothing done, despite an apparent violation of federal law.

The release by Twitter’s CEO Elon Musk showed how the FBI was heavily involved in making sure the tech giant suppressed any mention of the story, especially when the story was broken by the New York Post weeks before a contentious presidential election in 2020.

How about the involvement of the FBI in the diary of Hunter’s sister, Ashley, which went missing as potential criminal matter, normally this is a local matter for law enforcement to handle. Why then did the FBI conduct a major investigation which went on for months in pursuit of anyone who acquired the diary, many have alleged it contained embarrassing entries of the Biden families business dealing?  Did this have anything to do with Biden family foreign business dealings?

Then you have the FBI who recently was flagged targeting two senior House Intelligence Committee staffers in grand jury subpoenas sent to Google. What about the FBI using the controversial Jan. 6 Capitol riot investigations by targeting conservative groups and Republican members of Congress, this included seizing a phone of GOP member without a warrant.

Just consider how the FBI handled the Russian investigation, when there was virtually no evidence to continue with it, but the Bureau perused this with vigor, far different how they dealt with Hunter Biden’s laptop or the Clinton email scandal, or foreign donations to the Clinton Foundation.

The laptop would be a treasure drove for any investigator that had photos and emails showing an array of alleged crimes involving foreign business transactions, but instead of doing their job the FBI did everything in its power to shutdown, or slow walk any investigation of Hunter and potentially the president himself.

Just examine how the FBI acquired the laptop from computer repairman John Paul Mac Isaac, who has stated many times he struggled to get the FBI to respond, but the Bureau instead issued various threats against him regarding any disclosures of material related to the Biden family business dealings; he said one agent told him that “in their experience, nothing ever happens to people that don’t talk about these things.”

Constitutional Law Professor at George Washington University Jonathan Turley writes that The “Twitter Files” released by Twitter’s new owner, Elon Musk, show as many as 80 agents targeting social-media posters for censorship on the site. This included alleged briefings that Twitter officials said were the reason they spiked the New York Post’s Hunter Biden laptop story before the 2020 election.

The FBI sent 150 messages on back channels to just one Twitter official to flag accounts. One Twitter executive expressed unease over the FBI’s pressure, declaring: “They are probing & pushing everywhere they can (including by whispering to congressional staff).”

We also have learned that Twitter hired a number of retired FBI agents, including former FBI general counsel James Baker, who was a critical and controversial figure in past bureau scandals over political bias.

Let’s also examine past FBI directors beginning with Ex-director Robert Mueller who testified before Congress, but was unable to discuss the much discredited Steele dossier. Mueller claimed that the dossier was not the impetus for the beginning of his special counsel’s investigation of President Donald Trump, when in fact it was.

When Mueller was testifying before Congress on the conclusion of his special counsel investigation, he was “not familiar” with Fusion GPS the opposition research firm, that was the conduit which subsidized the dossier that led back to the Clinton campaign. The political bias in the FBI regarding the dossier was the calculus leading to the appointment of a special prosecutor and Mueller himself.

Then Mueller’s successor James Comey on close to 245 occasions before Congress, even while under oath “couldn’t remember,” “nor could he recall.” or “did not even know” the very basic of questions that were the precepts of his own involvement in the Russian collusion hoax.

Even during an interview on a major news network, the reporter was stunned that Comey never even tried to authenticate the veracity of Steele Dossier.

Comey could not remember his involvement in the Russian hoax, but his memory was sharp in recalling in detail a confidential conversation he had with Trump, by utilizing a FBI device, then using a third party by leaking it to the New York Times. The purpose as Comey would state was to force a special counsel appointment. His strategy worked as his friend and former FBI Director Robert Mueller was appointed. The investigation produced no Russian collusion, as no evidence was ever presented to show that Trump ever colluded with the Russian to influence the 2016 election.

While serving as Director of the FBI Comey kept reassuring Trump he wasn’t the subject nor was even the target of any investigation when in fact he was.

For all his misleading and blatant lies Comey to Congress, or having a leaked a classified document he was never indicated for any of these transgressions.

This duplicitous acts continued under Comey’s successor, Andrew McCabee lied under oath to federal investigators, even the Department of Justice Inspector General Michael Horowitz reported that;

“As detailed in this report, the OIG found that then-Deputy Director Andrew McCabe lacked candor, including under oath, on multiple occasions in connection with describing his role in connection with a disclosure to the WSJ, and that this conduct violated FBI Offense Codes 2.5 and 2.6. The OIG also concluded that McCabe’s disclosure of the existence of an ongoing investigation in the manner described in this report violated the FBI’s and the Department’s media policy and constituted misconduct.”

McCabe was also allegedly without any evidence strongly believed that Trump was in collusion with Russia, which was based on a paid FBI informant in one Christopher Steele as the originator of Russian dossier, which was never verified by anyone at the Bureau. With this McCabe discussed with Deputy Attorney General Rod Rosenstein ways to have the presidents conversations wiretapped in the form of Rosenstein wearing a recording device, most likely without any warrant being issued.

During the past few years the FBI ruined the lives of various individuals with false criminal allegations and false testimonies.  Even now under current FBI Director Christopher Wray, the Bureau went after and conducted unlawful surveillance of parents at school board meetings, based only on a letter written by the National School Boards Association, whose president requested Attorney General Merrick Garland pursue this matter because parents were concerned about critical race theory being taught to their children, but instead were labeled as violence-prone and terrorists.

Hoover Institute Senior Military/Political Analyst Victor Davis Hanson wrote;  Around the same time, the FBI had hired as a source the foreign national and political opposition hitman Christopher Steele. It helped Steele to spread among the media his fraudulent dossier and used its unverified and false contents to win FISA warrants against U.S. citizens on the bogus charges of colluding with the Russians to throw the election to Donald Trump. By the FBI’s own admission, it would not have obtained warrants to surveil Trump campaign associates without the use of Steele’s dossier, which it also admittedly either knew was a fraud or could not corroborate.

Constitutional Law Professor at George Washington University Jonathan Turley wrote that The “Twitter Files” released by Twitter’s new owner, Elon Musk, show as many as 80 agents targeting social-media posters for censorship on the site. This included alleged briefings that Twitter officials said were the reason they spiked the New York Post’s Hunter Biden laptop story before the 2020 election.

The FBI sent 150 messages on back channels to just one Twitter official to flag accounts. One Twitter executive expressed unease over the FBI’s pressure, declaring: “They are probing & pushing everywhere they can (including by whispering to congressional staff).”

We also have learned that Twitter hired a number of retired FBI agents, including former FBI general counsel James Baker, who was a critical and controversial figure in past bureau scandals over political bias.

This is only a small sampling of the abuse of Americans constitutional rights by the FBI, this would also include a senior FBI attorney Kevin Clinesmith who pled guilty to altering evidence and submitted that evidence to a federal judge in order to obtain a surveillance warrant. One cannot forget the DOJ Inspector who pulled 29 random surveillance warrants and found miniscule or no evidence to support obtaining a federal surveillance on American citizens.

The list is too long to continue on the abuses by the leadership of the FBI and various FBI agents, but the Bureau abused its constitutional powers and if not checked our Republic is in jeopardy.

Right now we have crickets by the media, Democrats and civil libertarians, but remember you may agree with what the FBI has done, but someday the same government agency you applaud could one day come after you!