Skip to content
Home » U.S. Politics » Is America Systematically Racist or is it just Failed Democratic Polices?
Previous Next

Is America Systematically Racist or is it just Failed Democratic Polices? 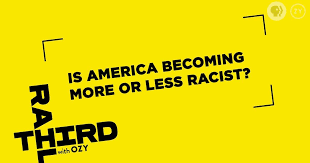 Is America Systematically Racist or is it just Failed Democratic Polices?

Is there another argument to be made why blacks and Hispanics continue to be mired in the abyss of poverty without any hope of obtaining a better future for themselves and their family?

Has the media which is supposed to be impartial looked at the decades of Democratic policies which have had a major detrimental impact on the black and Hispanics communities?

Many of the nation’s largest cities have been under siege from rioting since George Floyd’s death, but the media has failed to mention that these same cities have been governed by progressive Democrat politicians for decades.  A few cities go back centuries as is the case with Atlanta who last had a Republican mayor in 1879.

Even the host city for the Democratic National Convention which was held in Milwaukee last had a Republican Mayor in 1906.  The third largest city in the U.S. Chicago, and one that suffers from immense budget crisis, economic decline, and facing a serious crime problem, is a place where the killing statistics reads worse then the worsts days of the Iraq war. The media fails to mention that Chicago has been controlled by the Democratic Party since1931 when the last Republican ran that city.

One only has to examine California which is the most progressive state in America, with a solid one party rule in every aspect of governance, from governor to every state wide office, a super majority in the legislature and only seven of the 53 congressional representatives represented by Republicans.

With this solid Democratic majority, often its leaders tout California’s extraordinary wealth, but what they intentionally fail to mention the state also has the highest poverty rate of any state, and the widest income inequality gap in the country.  This disproportionally falls on the backs of the black and Hispanic communities.

The surest way out of poverty is with a solid education, Dan Walters of CalMatters wrote that, “The income gap, moreover, mirrors what educators call the “achievement gap” among the state’s nearly 6 million K-12 students, with poor and English-learner students — Latino and black children, particularly — perpetually falling behind more affluent white and Asian kids.”

As much as Democrats and the media decry systematic racism, why haven’t Democratic politicians been asked why 70% of black and Hispanic children cannot do English or math to grade level after billions have been spent on public education in California.

Even before the coronavirus impacted California’s economy the state had an immense gap in income between the wealthy and the poor.  As the most populous and progressive state in the union California is one state in dire need of major fiscal reform.  Unfortunately, for the rest of America every policy Joe Biden has outlined in his unity task force document is being tested in California with disastrous results.

California is a solid single party state governed by Democrats all levels, including governor, all statewide offices and with a super majority in the state legislature.  Imagine if Biden implemented his progressive unity task force document for America, and made the U.S. resemble California; we would have loss of jobs, skyrocketing energy costs and dismal education results.

With this dismal academic achievement by black and Hispanic children you would think California would be fiscally frugal with tax payer money. Unfortunately this is not the case as the nonpartisan organization OpenTheBooks, whose stated goal is for the American taxpayer to have full knowledge of how government spends their money.  This organization examines all spending by government at the local, state and federal level listing extreme egregious spending.

As black and Hispanic children are forced to attend deplorable schools, in California, over 341,000 state and local government employees earn more than $100,000 in salary and pension benefits costing the state $45 billion annually. The state is currently facing $1 trillion in unfunded pension liabilities that will come due in the future.

With black and Hispanic children languishing in sub-standard schools, many of the same educators who decry systematic racism make well over six figure salaries including the CEO of Summit Everest charter schools Diane Tavenner ($450,115); and superintendents Michael Lin ($443,875) at Corona-Norco Unified; Polly Bove ($395,257) at Fremont Union High; Christopher Hoffman ($351,885) at Elk Grove Unified; and Al Mijares ($348,276) at the Orange County Dept. of Education.

San Francisco the home of Democratic House Speaker Nancy Pelosi has a more dismal academic achievement for black and Hispanic children as only 21% can do English or math to grade level.

This continues as members of San Francisco’s Board of Supervisors are also generous to themselves, but these public servants didn’t earn their steady raises by running a tight ship. According to the state controller’s government compensation website, over a five-year period from 2013 to 2018, the amount that San Francisco paid out in total wages jumped 27.6%, from $2.9 billion for 35,771 employees to $3.7 billion in total wages to 40,951 employees in 2018.

Think about this, government employees who are members of the “poop patrol,” to clean up human waste on the streets of San Francisco by the city’s homeless population are paid $184,000 each a year.

New York is no different then California in fiscal mismanagement, as in the Empire State, 290,000 public employee salaries and pensions exceed $100,000, costing the state $38 billion a year.

Auditors at OpentheBooks.com found plumbers in New York City making $285,000 per year; police officers at the Port Authority of New York-New Jersey earning $423,467; Long Island school superintendents making up to $547,049; and a 93-year old college professor retired on a $561,754 pension.

Mayor Bill de Blasio has been begging for financial relief, but his wife Chirlane McCray who was in charge of mental health for the city to this day cannot account for how $900 million was spent. The mayor himself wasted millions on New York’s often troubled public housing.

Illinois, the state former President Obama hailed from is another state so in debt that it can only fiancé its bonds at junk bond rates because of its inability to pay them off or because the state is at risk for default.

Even before the coronavirus economic collapse, Illinois Policy, a public policy think tank reported that the state in fiscal year 2019, estimated Illinois’ total unfunded pension liability rose to $137 billion from $131 billion, despite paying more than $10 billion to the funds – the largest annual contribution in state history. Those contributions include both pension benefits and interest payments on debt the state incurred to make past pension payments.

This same think tank reported in 2015, that around 70% of all black and Hispanic children in the Chicago Unified School system are not proficient to grade level in math and English, and this hasn’t changed in the years since.

The sad part is as much as they cry racism; the government of Washington D.C. is well compensated as the mayor has a $220,000 annual salary far exceeding every governor in the country.

Over 70% of black children cannot do English or Math at grade level but look at the salaries of the educational leadership in the city.

Compared to the latest available national statistics, the DC schools have more than twice the number of administrators per student. Principals made up to $199,000, and 96 six-figure assistant principals earned up to $141,688.

With all the dismal education achievements across the country for black and Hispanic children why would Joe Biden want to duplicate and continue this practice? Biden in his unity task force document would strive to eliminate any school choice which is overwhelming popular among black and Hispanic parents.

Democrats would prevent black and Hispanic families from having their children attend a school of their choice, but it’s interesting to note that this is not the option they set for their children.

For example, Joe Biden’s two sons attended a prestigious catholic high school where the tuition was close to $29,000 a year.

Other prominent Democrats have recoiled against any school choice such as Democratic Senator Robert Casey of Pennsylvania who commented during the confirmation hearing of Education Secretary Betsey Devos by stating, “The basic reason I’ll oppose her nomination is that I don’t think she is committed to public education.”

What wasn’t mentioned by Casey is that he and his father are famous alumni of Scranton Preparatory School, a Catholic Jesuit preparatory day school in Pennsylvania,” the Daily Signal reported “Casey’s daughters, Caroline Casey and Julia Madeline, also attended Scranton Prep.”

Senator Sheldon Whitehouse (D., R.I.) announced that “I have received thousands of letters, calls, and emails in opposition to her nomination, many of them citing the school voucher and privatization agenda Mrs. DeVos and her allies imposed in Michigan.” He also addressed government-education advocates in Providence in December. As WPRI reported, “The senator also questioned whether DeVos had ever entered a public school, drawing laughs from the supportive roundtable.”

Even civil rights activist Jesse Jackson and Al Sharpton strongly advocate that America is systematically racist but they themselves sent their own children to private school never subjecting their children to the dismal school system of Chicago and New York that many black and Hispanic children are forced to attend.

Maybe Sharpton doesn’t want his children to experience what Jason Riley, Wall Street Journal columnist and Manhattan Institute Fellow wrote about the New York School system.  The majority of students returning, the majority of them can’t do basic reading or math, according to state standardized test results released last week. And the numbers get even more depressing when broken down by race and ethnicity. Black and Hispanic students make up 67% of the system, while whites and Asians are about 15% and 16%, respectively. Only 28% of black students passed the math exam, versus 33% of Hispanics, 67% of whites and 74% of Asians. On the English exam, the passage rates were 68% for Asians, 67% for whites, 37% for Hispanics and 35% for blacks.

Instead of Jackson and Sharpton using their collective voices for change they just preach the status quo because they benefit from it. No one asks why Democrats are so against school choice when across the country on average 70% of black and Hispanic children are unable to do English and math to grade level.

Where is the main stream media on this? Why have Democrats never been asked why are you so against school choice?  Why do you consistently consign black and Hispanic children to the most despicable schools when you send all your children to a private school?

Even President Bill Clinton and Barack Obama sent their children to private school.  Why do they have a choice but to the families of black and Hispanic children they do not?

Now is the time to ask!