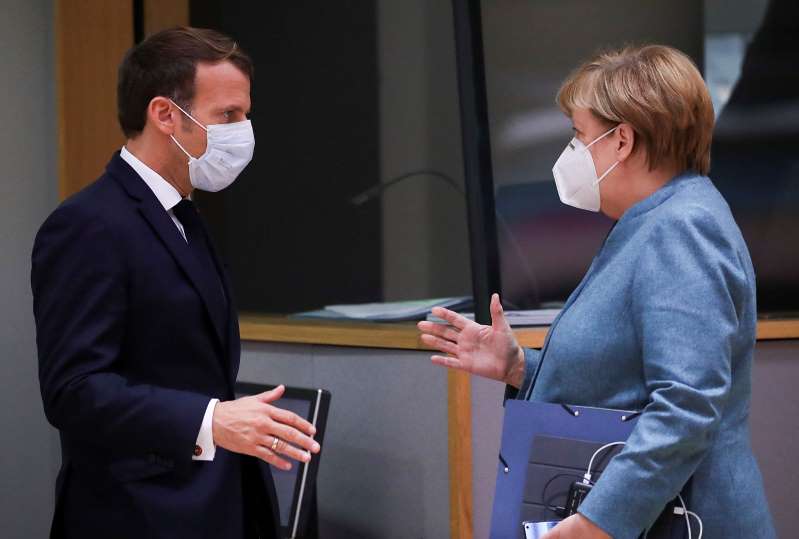 By Michel Rose and Andreas Rinke–

The German defence minister’s warning against the “illusions” of pursuing European defence autonomy rattled French President Emmanuel Macron so much that her comments became a topic of discussion at a cabinet meeting this month in Paris.

“We found it regrettable, but we noted it was only an isolated position and not (Chancellor Angela) Merkel’s line,” an official present in the room at the Elysee palace told Reuters, putting a brave face on the divergence of views.

In a robustly Atlanticist column published by Politico on Nov. 2, on the eve of the U.S. presidential election, Germany’s Annegret Kramp-Karrenbauer said Europe would remain dependent on Washington for its defence for a long time to come.

Macron, a champion of European “strategic autonomy”, said he was “in complete disagreement” with the German minister, arguing that the United States would only respect a Europe that was more self-reliant in defence.

The episode is illustrative of how some deep-seated differences between the European Union’s two most powerful nations are bubbling to the surface now that the days of U.S. President Donald Trump’s isolationist policies which helped Macron promote his agenda are numbered.

The four years of hostility from Trump pushed the EU machine more in Macron’s direction and accelerated efforts to deepen EU defence cooperation. The EU will soon draw up a master military strategy document, the closest thing it could have to a military doctrine, diplomats said on Thursday.

But that impetus may weaken with Biden, an avowed Atlanticist returned to the White House. Germany has long believed Europe’s security interests are best served in a close defence alliance with the United States.

“With the Biden victory, some hidden German-French differences come into the open again,” said one German government official. “It was easy to reject Trump, but the view of Washington will change with Biden.”

Macron and Merkel have spoken regularly to each other, both before and since Biden’s election win, about the future of the transatlantic relationship, conversations which prompted Macron to say Merkel was more in line with Paris, French officials say.

German officials insist Merkel – who is due to step down next year – supports her defence minister but also say that the gap between Paris and Berlin is narrower than it might appear. It was understandable that there was “nervousness” in Paris after Biden’s victory, but it was unfounded, they said.

“The differences on defence are not that big,” a source close to Merkel said. “Think of all the joint military cooperation projects.”

French officials say it would be misguided to believe a Biden win heralds a return to the “good old days” of the transatlantic relationship.

A “pivot to Asia” undertaken by Barack Obama, Biden’s former boss, is likely to resume with the Democrats back in power.

Merkel has said Europe must do more to ensure its own security, including with increased NATO contributions, and has cautioned against euphoria over an impending Biden presidency.

“Merkel is the last person who thinks that with Biden everything will be fine again in transatlantic relations,” the source close to her said.

So if both countries want to strengthen European defence and at the same time work with Washington, some analysts ask what motivated Kramp-Karrenbauer to speak out so strongly.