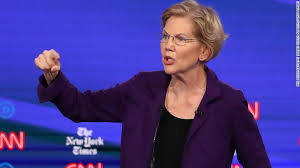 Sen. Elizabeth Warren has been using new, notable language at her town halls to describe the transition into “Medicare for All” — saying, under her plan, it would be a voter’s “choice” to opt in.