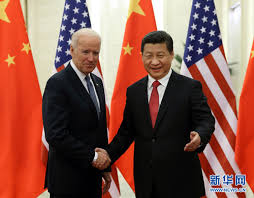 The 2020 presidential election primarily focused on the coronavirus, the economy and the persona of President Donald Trump, leaving little discussion about foreign policy.  Now that Joe Biden is the president-elect, what is his vision for U.S. foreign policy?

Throughout the presidential campaign when the rare conversation turned to foreign policy, both Biden and his vice-presidential running mate, Kamala Harris, always pivoted to how disastrous Trump’s foreign policy has been.

The media has never once questioned, researched, or pressed Biden on his over four decades in Washington, first as a senator then as vice president.  While as a senator, Biden for twelve years was either the chair or ranking member of the powerful Senate Foreign Relations Committee.

During this period, he voted against the Persian Gulf War and voted for the war in Iraq and Afghanistan. He failed to support the surge of U.S. troops into Iraq that stabilized the country, then appointed as the point person on Iraq by President Obama while he served as vice president.  Biden supported the pullout from Iraq which eventually lead the U.S. return to confront and defeat ISIS.

Biden was never asked any question on his decade’s long support for all trade and other agreements with China.  He supported granting China most favored nation’s trade status, that lead to the hollowing out of U.S. manufacturing leading to millions of jobs going overseas.

Now that he is the president-elect, what is Biden’s foreign policy vision?  It can’t be I am not Donald Trump; how would Biden conduct foreign policy differently?

On the campaign trail and after he won the presidency, Biden stated that he would re-enter the Paris Climate Agreement.  What wasn’t asked of Biden is how would you get China to comply with the agreement? Since it’s signing China has failed to reduce its greenhouse gas emission and has consistently submitted false reports of Beijing’s compliance? So far, no word from Biden how he would accomplish this.

Biden has also stated that on his first day in office he would have the U.S. rejoin the World Health Organization (WHO) that Trump pulled out of.  The president-elect has never been asked are you then going to pay over $400 million to an organization that was parroting China’s talking points with regard to the coronavirus. The head of WHO President Tedros Adhanom Ghebreyesus consistently downplayed the coronavirus and continued to follow whatever Beijing dictated, and will Biden still support him as president without any serious reforms of the organization?

During the vice-presidential debate, Kamala Harris was highly critical of the Trump administration’s policy toward China, referring that it has been a disaster, but Biden and Harris have not stated what they would do different.

Would a Biden administration continue the tariffs placed on China by the Trump administration?  How would Biden prevent China from stealing U.S. intellectual properties? What plan does Biden have to make China comply with it agreeing to follow World Trade Organization (WHO) rules that Beijing previously agreed to?  This means ending all subsidies to state owned enterprises, which incidentally are the ones who consistently steal U.S. intellectual properties.

Finally, how would a Biden administration prevent China from supplanting the U.S. in various regions of the world? Where Beijing doesn’t care about other countries human rights record, whereas America does, what prevents these countries from aligning with China?

Biden has stated on the campaign trail that he would re-join the Iran Nuclear Agreement that was signed in 2015, and the one that Trump pulled out of. If Biden re-joins the agreement, would he end all sanctions on Iran? Iran has stated that there will be no negotiations until sanctions are lifted, does Biden lift the sanctions? What will prevent Iran from using this new revenue to fiancé its proxy terror groups across the Middle East; such as Hezbollah and Hamas?

This is what precisely happened when the nuclear agreement was signed, how would this be different?

For the past four years, the Democrats and Biden have stated that Trump has been weak on Russia, but facts show that the administration has been far tougher on Russia than the Obama-Biden administration ever was. What would Biden do differently?

The final critique Biden has made against Trump is that he has been harsh to our closest allies. Would Biden continue the Trump administration’s policy of placing tariffs on our European allies’ products as they place crippling tariffs on U.S. products? What would Biden do differently?

How would a Biden administration get our European allies to pay 2% of their GDP on defense, considering only a few do now? Germany for one consistently wants the U.S. to protect them from Russia, but Germany signed a lucrative energy deal in both the Bush and Obama administrations with a Russian energy company with ties to Russian President Vladimir Putin.

Why should America protect Europe when they won’t protect themselves, considering that the Obama-Biden administration called Europe “free riders,” enjoying the benefits of an international order safeguarded by the United States without contributing much to it?

Why is Trump wrong and you are right?

These are only a small sampling of foreign policy questions that were never asked, but there are many others that need to be asked.

America may pay a heavy price by not asking any of these questions during the presidential campaign, now we will have to see how Biden and his administration handle any foreign policy challenge that will arise.