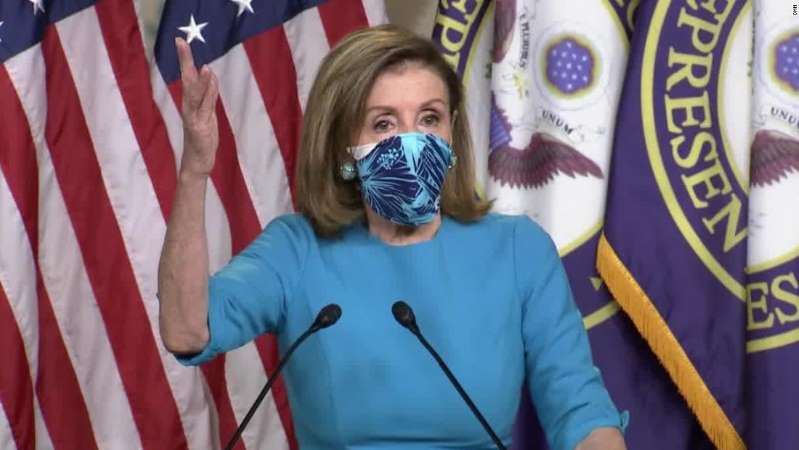 The House of Representatives returned to Washington this week for the first time since the election and at the top of their agenda: another election — this time to decide who will lead the caucus in the upcoming Congress.

House Democratic leadership elections Wednesday and Thursday are likely to see the 117th Congress run by the same predominant players. House Speaker Nancy Pelosi is expected to hold on to her speakership and is running unopposed. House Majority Leader Steny Hoyer and House Majority Whip James Clyburn also do not face challenges, and so far neither does Chairman of the Democratic Caucus Hakeem Jeffries.

The highest-ranking contested leadership race is for assistant speaker, and another key election to watch will be for chair of the Democratic Congressional Campaign Committee when Congress returns after Thanksgiving.

Pelosi is on track to win the nomination to be House speaker during House Democratic leadership elections this week. A full House floor vote for the speakership won’t take place until January.

The fact that Pelosi is expected to remain on as speaker is a sign of how strong her hold is over House Democrats even after they suffered disappointing losses in the 2020 elections.

Top House Democrats had confidently predicted they would expand their majority only to instead see a number of incumbents ousted by Republicans, who are now emboldened and on the offensive, though they are still in the minority.

Those Democratic losses have sparked tense infighting among moderates and progressives with both factions of the party pointing fingers and casting blame. That rift, and a smaller majority, may create new challenges for Pelosi as she leads House Democrats in the next Congress.

Pelosi has remained defiant even after the losses, telling reporters last week, “I take credit for winning a majority and holding the House.”

Rep. Katherine Clark, who currently serves as vice chairwoman of the Democratic Caucus, is vying for the job of assistant speaker against Rhode Island Rep. David Cicilline, and the race will be the first contested one on the leadership ballot. The fourth-highest-ranking position in the House, the assistant speaker position was created by Pelosi to create additional leadership opportunities for young members of Congress as the establishment Democratic leaders continue to hold onto their seats.

Although she often avoids making headlines, Clark has not been shy about setting her sights on climbing the leadership ladder. As vice chair of the House Democratic Caucus, she is the highest-ranking female lawmaker in the House, aside from Pelosi, and a close ally of the speaker.

Clark has spent much of the last four years campaigning around the country trying to get women and minorities elected. With Democrats still reeling over lackluster election results, Clark will be able to point to her success working at the DCCC in 2018, when Democrats saw great gains in the House.

Cicilline, a progressive Democrat and the first member of House leadership to identify as gay, garnered national recognition as a member of the House Judiciary Committee that drafted articles of impeachment against Trump. He was also among the first House Democrats to support an impeachment inquiry, standing in stark contrast to many of his Democratic colleagues who were hesitant to support an inquiry publicly.

How the votes will work

The elections will be conducted virtually — for the first time ever — through an encrypted application that is automatically downloaded on members’ House-issued iPhones and was designed “in partnership with some of the nation’s leading cryptologists,” Jeffries said in a letter to members Friday obtained by CNN.

“Votes will be secured by end-to-end encryption, and a Member’s vote will remain secret to everyone except for the Member themself,” he also said in the letter. “Each candidate will have a team of Member tellers to monitor the encrypted electronic transmission and tabulation of votes during every election.”

Democrats will convene in a video call at 9 a.m. ET where all members can hear from the candidates who are running for leadership roles. In races where a vote tally is ordered, the Democratic members will have 15 minutes to vote on the app.

Jeffries said the caucus did a test run of their voting app, voting on which musician is the greatest of all time, pitting Aretha Franklin, Bruce Springsteen, Selena and Bono for members’ votes.

“Selena finished a strong fourth, Bono a close third, The Boss finished second, and with more than 50% of the vote, the Queen of soul Aretha Franklin,” he said. “We salute all those legends, who are transitioning us into this new Covid era of being required to vote electronically.”