Skip to content
Home » U.S. Politics » ‘Her ambition got it wrong about Joe’: Harris faces debate backlash
Previous Next

‘Her ambition got it wrong about Joe’: Harris faces debate backlash 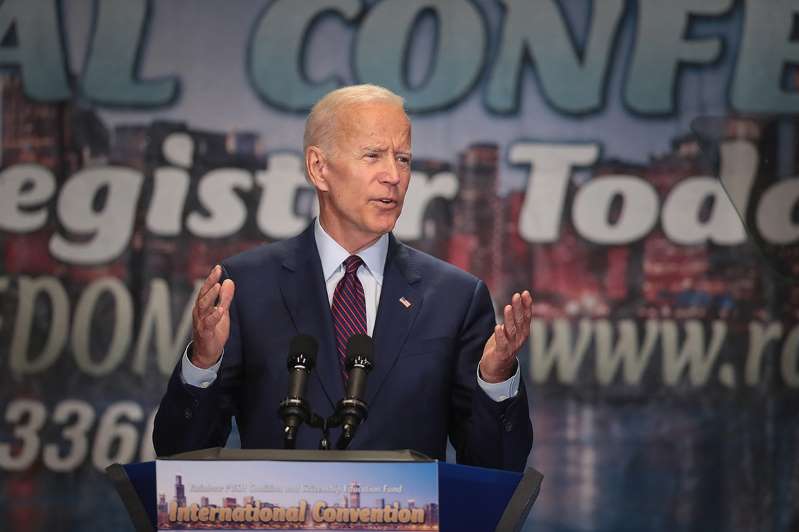 Kamala Harris might be reveling in her sudden burst of attention after roasting Joe Biden over racial issues on the debate stage last week, but a backlash is already brewing.

Biden supporters and Democrats who have attended the former vice president’s events in the days after the first nationally televised debate, are describing Harris’ assault on Biden as an all-too-calculated overreach after she knocked him on his heels in a grilling over busing and his remarks on segregationist senators.

“She played low ball, which was out of character. And he didn’t expect it, nor did I,” said Lee White, a Biden supporter who attended his remarks at the Jesse Jackson Rainbow PUSH Coalition. “She should not have gone that route. She’s much too intelligent, she’s been able to be successful thus far, why do you have to do that.”

One major Biden supporter from California who declined to be named for publication said Harris’ direct attack on Biden was a mistake that would haunt her.

“It’s going to bite her in the ass,” the supporter noted. “Very early on there was buzz … Biden-Kamala is the dream ticket, the best of both worlds.’’

After this week, “That s–t ain’t happening.”

The criticism of Harris over her rough treatment of Biden is among the first signs of backlash — including in her home state — against the California Democrat who had a breakout moment in the first presidential debate. It’s also a sign of the goodwill and loyalty that many still feel toward that the vice president, who has managed to keep many of his backers in his camp, even amid criticism of what was roundly viewed as a subpar debate performance. Indeed, sources say Biden walked away with a $1 million haul after two fundraisers in San Francisco alone this weekend.

“We can be proud of her nonetheless, but her ambition got it wrong about Joe,” said former Illinois Sen. Carol Moseley Braun, the first African American woman to serve in the Senate. “He is about the best there is; for her to take that tack is sad.”

Harris stunned Biden in the debate, knocking him back on his heels by noting his past “hurtful” efforts to work with segregationists and what she defined as his opposition to school busing. Harris’ emotional recounting of her own experience in the Berkeley school district as a child who was bused to more segregated schools — “that girl was me,’’ she said — became a defining debate moment, and bruised Biden’s status as the Democratic front-runner.

But one of Biden’s supporters called the attack by Harris “too cute by half” after her campaign tweeted out — and quickly began merchandising — a photo of Harris as a young girl. “Couldn’t they at least pretend that it was semi-organic?” the Biden supporter asked, referring to the planned nature of Harris’ debate night ambush.

Some Biden loyalists said they thought it was misleading of Harris to attack Biden on civil rights, given what they said was his lifelong advocacy on that front.

White, who is African American, said of the underlying segregationist issues Harris attacked: “I thought it was old news.”

“I don’t think a lot of folks are saying, ‘well, there’s a lot of credibility of her going after Biden,’” said Johnson, who has not backed a 2020 candidate. “I don’t think it was received by the majority of folks as an attack that is going to move the needle. Most folks aren’t looking at that as something where, hey, ‘Biden was against civil rights carte blanche.’”

“It was planned, and it was staged and it was rehearsed — and they were ready to raise money on it,’’ another Bay Area Biden supporter said of Harris’ roundhouse punch.

But former San Francisco Mayor Willie Brown — whose patronage of Harris helped put the then-Alameda County assistant district attorney on the political map in her early years — bridled at the suggestion that Harris may have muddled her political future with her attack on Biden. He told POLITICO that the vice president has no one to blame but himself for a lackluster and unprepared performance.

“They better hope she would accept [a VP nomination],’’ he said. “Otherwise, he’s a guaranteed loser.”

But Brown, who also served as speaker of the California Assembly, said Biden’s stunned reaction only underscored that — on the issue of civil rights — he has so far failed to be completely honest with voters and should simply admit his past unpopular actions and positions.

“At this point, she may be the only life raft he has,’’ he added, “because, as of this moment, he’s on the Titanic.”

Biden, in comments to supporters this weekend, appeared to acknowledge the possibility that his quest may not end in success — an unusual departure from the script of most presidential candidates who confidently toss off phrases like “as your next president.”

Speaking to about 150 backers in the bay-side Marin County community of Belvedere, Biden dismissed the idea that he was making a sacrifice to run for president, but said that he felt an obligation at a time when the country is at a crisis point with the Trump presidency.

“My family and I believe very strongly that you kind of have certain things fall in your wheelhouse,” he said. “It doesn’t mean I’m going to win, doesn’t mean I’m the only person who can be a good president, I’m not saying that.”

He told two different audiences that civil rights is a lifelong “passion’’ and also made reference to his Democratic competitors. While never mentioning Harris by name, he appeared to address her sharp criticism about working with segregationists, pushing back at the notion that reaching across the aisle is an outdated notion.

“I know I’m criticized heavily by my qualified contenders who are running,” he said, “when I say, ‘folks, we’ve got to bring the country together.’”

“She was giving him a chance to address the issues that would plague him. … She was gracious, and she personalized it: She said she didn’t think he was a racist,’’ Katz said. “What stunned me was that he wasn’t prepared for that topic, and he needs to figure that out, sooner rather than later.”

Debbie Mesloh, a longtime Harris adviser, also defended Harris’ question to Biden as on the mark — and entirely fair. “She was ready, and she was bold, and she delivered,’’ she said. “She really showed what she can do.”

Harris, meanwhile, was met in her hometown of San Francisco like a conquering hero post-debate, facing a sea of ebullient supporters at a packed #LGBTQ fundraiser during San Francisco’s PRIDE weekend.

But after reveling in the moment, Harris also delivered a reality check about the long campaign still ahead.

“It will be tough. It will be excruciating. It’s going to be a long haul,’’ she told them.