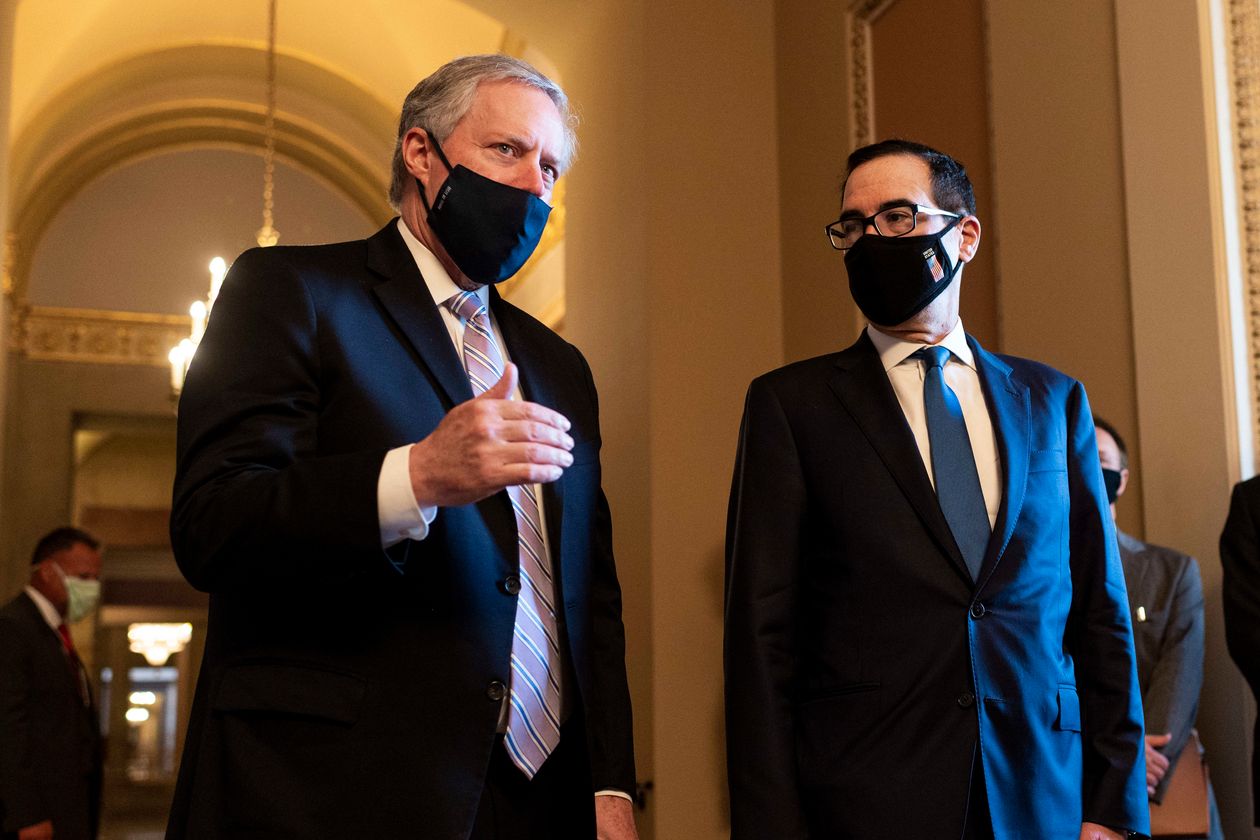 After days of disagreements between the White House and GOP lawmakers, Republicans are set to release their proposal for the next coronavirus relief bill on Monday, with millions of Americans on the verge of losing expanded unemployment benefits.

Lawmakers now have little time before the $600 weekly supplement to jobless benefits ends. In negotiations with Democrats, three months before the election, an agreement on unemployment insurance might prove to be the most difficult to reach.

The Republican bill, estimated to cost about $1 trillion, will include another round of direct $1,200 payments to many Americans, $100 billion in aid to schools and universities and additional money for coronavirus testing, according to administration officials.

The $600-a-week supplemental unemployment benefit is a major point of contention. Because of how states process aid, the benefit effectively ran out this weekend for many Americans, though it is officially set to expire on July 31. Democrats want to extend it through January, while Republicans, saying the benefit discourages people from returning to work as parts of the economy reopen, are looking to rejigger benefits so that they replace roughly 70% of a worker’s former wages.

“It’s going to cap the assistance at a level that is consistent with people going back to work,” Larry Kudlow, the top White House economic adviser, said of the Republican proposal on CNN’s “State of the Union” on Sunday.

Republicans will also seek to extend a federal ban, which expired Friday, on evictions from properties with federally backed mortgages, Mr. Kudlow said. Democrats have proposed extending and expanding the ban on evictions, while also offering $175 billion in housing assistance.

Democrats counter that reducing jobless benefits will force people to go back to work before they are ready.

Once Republicans introduce their bill, they will need to reach an agreement with Democrats—who have largely coalesced behind a roughly $3.5 trillion bill that passed in the House in May—on what would be the fifth piece of coronavirus relief legislation.

But bipartisan negotiations—which Senate Majority Leader Mitch McConnell (R., Ky.) has said he expects to take at least a few weeks—are unlikely to yield an agreement before the supplemental jobless benefit ends.

White House chief of staff Mark Meadows suggested on ABC’s “This Week” that Republicans might try to pass a smaller package, which would include extended unemployment insurance, and then “negotiate on the rest of the bill in the weeks to come.” Democrats have rejected that approach.

“The administration and Republicans are completely on the same page,” Treasury Secretary Steven Mnuchin said in an interview on “Fox News Sunday,” adding that the weekend talks centered on “technical issues.”

He said Republicans would seek to move quickly to reach an agreement with Democrats, though Mr. Meadows said later Sunday that not all of the disagreements had been worked out yet.

Mr. Mnuchin said Saturday that stimulus payments would be sent to the same group of Americans as the last round—$1,200 to individuals with adjusted gross incomes below $75,000 and married couples making less than $150,000. Payments would be gradually reduced for incomes above those levels before they are phased out entirely.

Sen. Roy Blunt (R., Mo.), who leads the health panel of the Appropriations Committee, told reporters the administration was more amenable to the funding after GOP lawmakers made clear that “the real focus of the federal responsibility for testing would be primarily focused on senior facilities, on schools and on child-care centers.”

In their bill, Democrats included $75 billion for testing, saying it is crucial to reopening workplaces and schools.

In a key provision pushed by Mr. McConnell, the Republican bill would make it harder to successfully sue businesses, schools and health-care providers in coronavirus-related cases.

The roughly $3 trillion in aid Congress already has approved during the pandemic has put the U.S. on track for the largest annual deficit as a share of the economy since World War II. Republicans are looking to address rising debt burdens in this bill—proposing to create commissions to study the solvency of major trust funds, including Social Security.

“We’re adding a lot of debt to the national balance sheet, and so finding a way to address these issues once Covid is over we think is a very high priority,” said Sen. Mitt Romney (R., Utah).

Republicans say the enhanced benefit should be reduced because it exceeds the wages of many workers, discouraging them from returning to work as parts of the economy reopen.

But scaling the federal unemployment benefit to previous income will be difficult for many states to implement quickly, and Republicans are struggling to formulate a new system. Congress set the $600 flat rate in March, as part of the roughly $2 trillion Cares stimulus bill, because of the technical limitations of state unemployment systems.

“The reason we had $600 was because of its simplicity,” Mrs. Pelosi said on “Face the Nation.”

—Kristina Peterson contributed to this article.