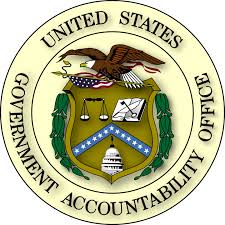 It’s no wonder Americans have such low opinion of Washington, as The General Accounting Office (GAO) released a report, stating that the sequester resulted in one layoff, not the hundreds of thousands who were supposed to lose their jobs.

Both sides feed this narrative to American public, as it has been reported that only one job was lost among 23 federal agencies.

The one job that was lost was at the Department of Justice with DOJ reporting the U.S. Parole Commission implemented a reduction in force of one employee to achieve partial savings required by sequestration in fiscal year 2013.

In February of last year, speaking at Newport News, Virginia the president in a speech stated, “All told, the sequester could cost tens of thousands of jobs right here in Virginia.  But it doesn’t just stop there.  If the sequester goes into effect, more than 2,000 college students would lose their financial aid.  Early education like Head Start and Early Start would be eliminated for nearly 1,000 children, and around 18,000 fewer Virginians would get the skills and training they need to find a job.”

Again, that same month the president commented, “These cuts are not smart.  They are not fair.  They will hurt our economy.  They will add hundreds of thousands of Americans to the unemployment rolls.  This is not an abstraction — people will lose their jobs.  The unemployment rate might tick up again.”

The president was not alone is in his dire predictions, Senate Majority leader Harry Reid added his predictions on the Senate floor, “1.6 million jobs have already been lost because of the sequester.”

Now dire predictions are not only confined to Democrats and the president.  House Speaker Republican John Boehner stated in an op-ed in the Wall Street Journal in February 2013, “A dramatic new federal policy is set to go into effect that threatens U.S. national security, thousands of jobs and more.”

In a statement U.S. Senator Tom Coburn, M.D. (R-OK), “Despite relentless warnings about the dire consequences of sequestration’s budget cuts, it appears sequestration resulted in only one layoff.  While that’s good news for federal employees and other workers, it is devastating to the credibility of Washington politicians and administration officials who spent months – and millions of dollars – engaging in a coordinated multi-agency cabinet-level public relations campaign to scare the American people.  Taxpayers expect us to root our predictions in fact, not ideology and spin.  The facts seem to say the experts underestimated sequestration’s impact by between 99,999 and 1,599,999 jobs, according to two frequently-cited estimates by Goldman Sachs and the Congressional Budget Office,”

Continuing Coburn stated, “Today, I’m sending a letter to the Office of Management and Budget with the hope of soliciting a fact-based explanation for the American people.  The American people deserve to know the truth, especially if it suggests politicians’ favorite programs can endure far more in budget cuts than sequestration imposed.”