Skip to content
Home » U.S. Politics » Fauci to testify before Congress on state of coronavirus pandemic
Previous Next

Fauci to testify before Congress on state of coronavirus pandemic 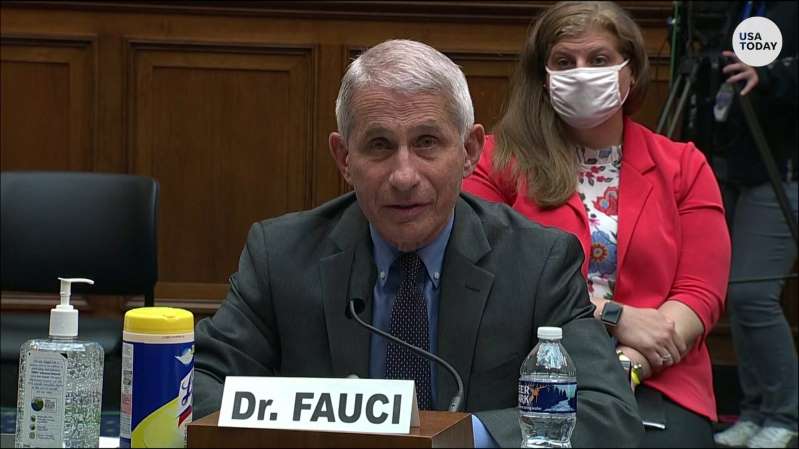 Dr. Anthony Fauci and other top health officials will testify before Congress Tuesday on the state of the coronavirus pandemic, two days after Health and Human Services Secretary Alex Azar warned that the “window is closing” for the United States to get the situation under control.

Fauci, the top infectious disease expert at the National Institutes of Health, has repeatedly urged states to follow federal guidelines for reopening, including in his last appearance before the Senate health committee when he warned in May that failure to do so would led to “some suffering and death” that could be avoided.

Today, half the country is struggling to manage rising COVID-19 cases.

A number of states paused their reopening plans last week as the U.S. set records for the number of new cases in one day. Texas closed bars and limited restaurant capacity, while Florida banned drinking at bars.

The White House has often presented a rosier picture of the situation than what health officials describe.

Asked Monday about Azar’s warning, White House Press Secretary Kayleigh McEnany said the president is encouraged that there’s been a decline in fatality rates and an increase in effective treatments.

“These things make us uniquely equipped to handle the increase in cases that we’ve seen,” McEnany said.

The more than 125,000 deaths in the United States from COVID-19 represent approximately 25% of the world’s fatalities.

Testifying before a House panel last week, Fauci said these two weeks are “critical” in how the country addresses the surge in states like Florida, Texas and Arizona.

He attributed the “disturbing surge of infections” to a combination of factors, including an increase in person-to-person transmission, or community spread.

As he was at last week’s hearing, Fauci will be joined Tuesday by Robert Redfield, the director of the Centers of Disease Control and Prevention; Stephen Hahn, commissioner of the Food and Drug Administration; and Brett Giroir, assistant secretary for health for Health and Human Services.

More: More than 500,000 people worldwide have now died from the coronavirus

Five months in: A timeline of how COVID-19 has unfolded in the US

This article originally appeared on USA TODAY: Fauci to testify before Congress on state of coronavirus pandemic