Skip to content
Home » U.S. Politics » Education, the Civil Rights Issue of Our Time
Previous Next

Education, the Civil Rights Issue of Our Time 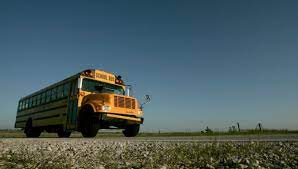 The old adage to escape the perpetual clutches of poverty, one needs a job, but the real moniker should be that to really escape poverty one needs a solid education, unfortunately many children across America are trapped in a dysfunctional governmental educational system.

The coronavirus has impacted America in many fundamentally different ways, but COVID-19 exposed the country’s bankrupt government educational system, which truly illuminates the true civil rights issue of our time.

No one faces this civil rights crisis more than the African American and Hispanic communities who have no other choice but to send their children to the dysfunctional government run educational school system.

Throughout the pandemic, we were told to follow the science, but when science states it’s safe for children to return to the classroom the nation’s teacher union’s and their benefactors the Democratic Party have refused to bend to this new reality.

In December, the Presidential-Elect Joe Biden stated that after his first 100 days in office schools will be re-opened, the time has passed and still the majority of American schools are still not open. Senior Advisor to the President Anita Dunn isn’t sure they will open in the fall; thus, children will conceivably have missed a year and half of schooling.

The Democratic Party and the Biden administration preach religiously about how they are concerned for people of color but far too often many black and Hispanic children are trapped at the bottom of the socioeconomic realm devoid of any educational advancement. Education has always been and will be the surest way to escape poverty.

If you add up all the federal stimulus spending that have passed since the coronavirus shut down the U.S., close to $300 billion has be allocated to the schools, so why haven’t American schools re-opened?

Before the pandemic America spends close to $800 billion annually on education from the federal, state and local level, but what does the nation get in return? With all the focus on people of color, 70% of black and Hispanic children across the U.S. are deficient in math and English at grade level.

In 2015, the average reading score for white students on the National Assessment of Educational Progress (NAEP) 4th and 8th grade exam was 26 points higher than for black students. Similar gaps are apparent in math. The 12th grade assessment also showed alarming disparities as well, with only seven percent of black students performing at or above proficient on the math exam in 2015, compared to 32 percent white students. This dismal educational statistic hasn’t changed in the years since this report was released.

Before the coronavirus pandemic impacted the nation’s schools, school districts across America during the 2018-19 school year endured numerous educational workers’ strikes centering on increased pay and other benefits. What wasn’t mentioned in the coverage by the media was this would be going to cover the ever-growing unfunded health and pension obligations?

The teacher’s unions have vigorously opposed school reopening’s until their demands are met. In California, they are doing everything they can to eliminate charter schools so that more money is diverted back to public schools without any accountability of how that revenue is spent or the outcome for educational results.

Last summer Los Angeles and Chicago teacher’s union issued a progressive manifesto of demands to be met before they agreed to school re-openings. Much of it included, Medicare for all, defund the police, and billions of extra revenues from the federal government.

Of all the rhetoric of racial, economic, and educational justice many of the cities such as       St. Louis, Louisville, Detroit, Baltimore, Oakland, Chicago, Memphis, Atlanta, Birmingham, Newark, Buffalo, Washington D.C. and Philadelphia all of them are governed by liberal Democrats.  If one does any kind of basic research observation many of these cities haven’t had a Republican mayor in well over sixty some years, with some dating back to the late 1800’s.

Why the disparity in educational achievement?

Even the esteemed African-American academic Walter Williams a Professor of Economics at George Mason University commented in a recent article that “Many of these cities, blacks are mayors, often they dominate city councils, and they are chiefs of police and superintendents of schools.” For example, Baltimore, Washington D.C., Chicago, and Atlanta fit this narrative.

Atlanta hasn’t had a Republican mayor since 1879.  With this singular domination of local governance by the Democratic Party, the Georgia Milestones test assessment of English Language Arts finds students’ proficiency rate under 40%. The stunning gap between black and white students is almost 60 percent. Eighty percent of white students in APS are proficient and above; the number is 25.3 percent for black students—and the district is majority black.

The city of Chicago which has been in the news lately hasn’t had a Republican mayor since 1931.  According to Illinois Policy Think Tank in 2015 around 70% of all black and Hispanic children in the Chicago Unified School system are not proficient to grade level in math and English, and this hasn’t changed in the years since.

Why hasn’t Chicago Mayor Lori Lightfoot been asked about this by the media?

The Chicago Unified School District is a fiscal disaster facing an $8.4 billion debt, considering over 70% of the children who attend Chicago schools are black and Hispanic children thus impacting the dismal educational achievement gap.

This doesn’t end here, in September 2019, the U.S. Department of Education (Department), Office for Civil Rights (OCR) issued a disturbing report highlighting that close to 500 young girls over a ten year period were sexually assaulted, abused and harassed inside the Chicago Unified School District.  Many of the victims of alleged abuses were black and Hispanic children. Where was the outrage? Where was the media coverage? How come Democratic leaders aren’t asked about any of this when they have solidly controlled city governance for decades?

Just this year alone Camie Pratt, CPS’ Chief Title IX Officer, stated at a monthly school board meeting in February 2020 that there has been a 29% increase in reported sexual misconduct cases this year compared to last. What happened to the civil rights of these students? Why has this continued?

In California, the nation’s largest and most populous state, the educational achievement gap for black and Hispanic students is that 70% cannot read nor do math to grade level despite spending billions over the past few years.

Even in Los Angles the nation’s second largest school district, only 21% of African American students who graduated in 2018 were considered prepared for college or careers, compared to 52 percent of white students and 74 percent of Asian students.

The Reason Foundation in 2018 calculated that LA Unified School District is anywhere between $8-13 billion in debt and it’s even worse now since the impact of the coronavirus on districts fiancés.

The San Jose Mercury News reported that LAUSD expects to spend $1.7 billion annually toward pensions and health care during the 2020-21 school year, an increase of nearly $400 million from 2016-17. Nearly a quarter of the revenues from per-pupil funding would not reach students at all.

The Seattle city government routinely speaks about racial justice but for those seeking racial equality why have city leaders never been asked why only 28% of black children can read to grade level. This coming from a heavily Democratic city with the last Republican to hold the mayor’s office was 1969.

The State of Washington mirrors the educational achievement gap of Seattle with black and Hispanic children scoring around 30% who can do math or read to grade level, an extremely dismal distinction, considering all the coverage on the protests, nothing on this.

Why hasn’t the Democratic governor Jay Inslee been asked about this? Considering the last Republican governor was thirty-five years ago in 1985.  Maybe we should be asking the mayor and governor these questions?

The Federal Reserve Bank of Minneapolis reported that only 30% of African-American and Hispanic students in the state of Minnesota were proficient at grade level in math and English.

In the financial capital of the world, New York City this also fits a similar pattern with only 30% of black and Hispanic children able to do math or English to grade level far below their white or Asian peers.

At the beginning of the first day of the 2019-20 school year, Jason Riley a Wall Street Journal columnist and Manhattan Institute Fellow wrote that with the majority of students returning, the majority of them can’t do basic reading or math, according to state standardized test results released last week. And the numbers get even more depressing when broken down by race and ethnicity. Black and Hispanic students make up 67% of the system, while whites and Asians are about 15% and 16%, respectively. Only 28% of black students passed the math exam, versus 33% of Hispanics, 67% of whites and 74% of Asians. On the English exam, the passage rates were 68% for Asians, 67% for whites, 37% for Hispanics and 35% for blacks.

The greatest civil rights issue of our time is going unnoticed, and those who advocate the loudest about racial inequality are themselves perpetrating this injustice.  One only has to remember the quote from Arthur Fletcher former head of the United Negro College fund, when he coined the phrase, “A mind is a terrible thing to waste.”

Right now, it’s being wasted by those who advocate the loudest for racial justice!