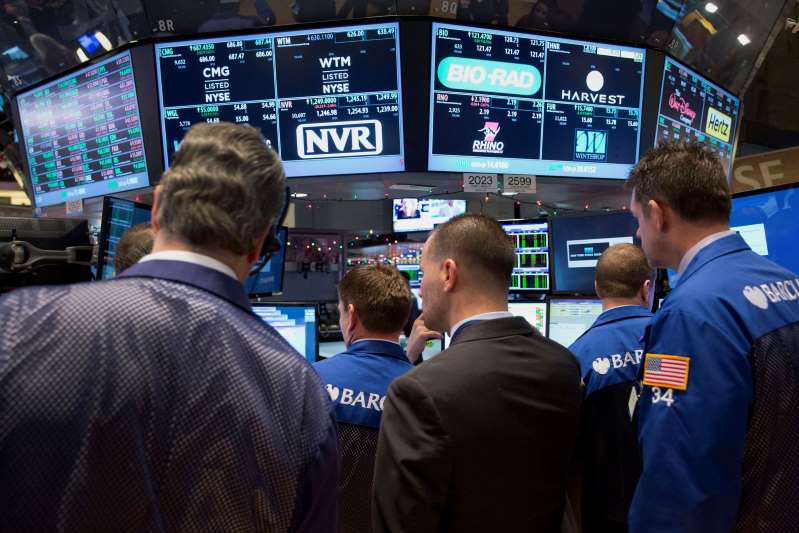 Futures contracts tied to the major U.S. stock indexes surged in early trading Tuesday on hopes an agreement on a stimulus bill to rescue the economy from the coronavirus was close.

Senator Charles Schumer and Treasury Secretary Mnuchin were close to a deal on a $2 trillion stimulus bill, according to reports, which cited a conference call Schumer had Monday evening with Democratic leaders. Negotiations on the bill were set to continue Tuesday morning.

The futures contracts cannot trade once they exceed certain extreme bands, according to rules of the exchange to curb volatility. No activity can take place outside of those bands, in this case, up 5%. During this historic market plunge this month, the futures have often been halted for being “limit down,” off by more than 5%.

The overnight moves followed yet another stormy day on Wall Street on Wednesday as investors swung back to pessimism and pushed the major indexes to new multiyear lows as a procedural vote in the Senate on a bill failed for the second time in 24 hours.

Earlier in Monday’s session, a bill that would authorize giant fiscal spending to stimulate the economy failed to clear a key procedural hurdle. The Senate disagreement came despite Treasury Secretary Steven Mnuchin’s optimism to CNBC’s Jim Cramer that Congress was “very close” to getting a fiscal package done, noting it must be pushed forward “today.”

“We’re using some of the funds we have, but we need Congress to approve additional funds today so that we can move forward and support American workers and the American economy,” Mnuchin said.

Senate Minority Leader Chuck Schumer, D-NY, said Monday afternoon after the second failure that he and Mnuchin would meet again to try and work out a deal over the course of Monday night.

Democrats have criticized the $500 billion fund that the Republican proposal sets aside for distressed businesses, calling it a bailout fund “with no strings attached.”

Two Senate aides told CNBC that there will be no more Senate votes Monday as negotiations continue.

“I think the limit of time as to how long these negotiations will go on, will be set by the initial unemployment claims that come out on Thursday,” Steven Ricchiuto, chief U.S. economist at Mizuho Securities, told CNBC’s “Squawk Box Asia” on Tuesday morning Singapore time.

“I don’t think there’s any representative in the House or … in the Senate who’s gonna be willing to sit back and debate a lot of issues … and political talking points when you have what could be essentially as many as 3 million people filing for unemployment insurance,” Ricchuito said.

Helping to keep Monday’s losses in check was an announcement from the Federal Reserve, which said it would embark on an open-ended asset purchase program. The central bank said the program will run in the “amounts needed to support smooth market functioning and effective transmission of monetary policy to broader financial conditions and the economy.”

The spread of the coronavirus also forced the New York Stock Exchange to conduct its first day of fully electronic trading. The exchange said last week that two people tested positive for the disease at screenings it conducted this week.