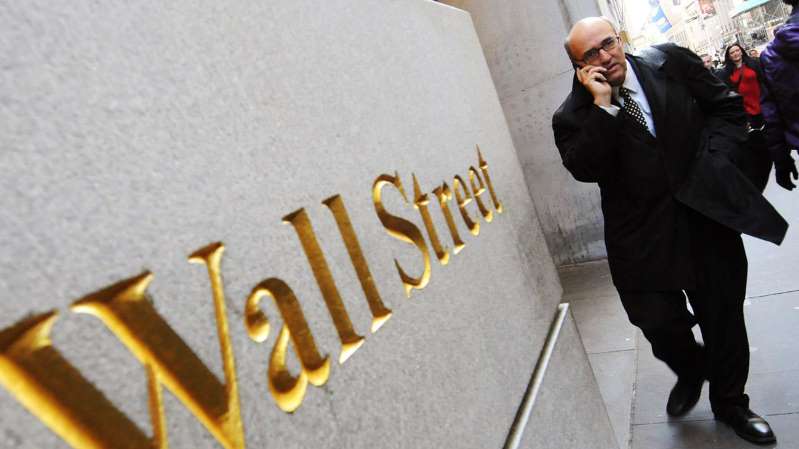 U.S. equity futures edged lower Tuesday, while the dollar rebounded from a two-year low, as investors prepped for a wave of corporate earnings that could define near-term market direction and eyed what could be contentions talks between Republicans and Democrats over the next form of coronavirus support for the world’s biggest economy.

With three Dow components reporting before the opening bell — Pfizer , McDonald’s and 3M — and the Federal Reserve set to kick-off its virtual two-day policy meeting later today in Washington, risk markets were relatively muted overnight, with the dollar coming off the two-year lows it touched yesterday and gold retreating from its all-time highs.

A modest waning in the number of new coronavirus cases in the United States, which fell by 2% last week, as well as the start of talks between Republican and Democratic lawmakers on the next round of financial support for cash-strapped Americans hit by coronavirus job losses, provided a better backdrop to the Tuesday session, although flare-ups of infections in Europe and Asia continue to unsteady nerves as the pandemic stretches to its eighth month of damage, which includes more than 16 million confirmed cases and 600,000 deaths.

Lawmakers remain at least $2 trillion apart on their proposed support packages, however, after Republicans unveiled what Senator Mitch McConnell called a ‘tailored and targeted’ bill — the HEALS Act — which would cut paycheck support payments while directing more cash for PPE production and small business loans.

Democrats said the proposal was too small, and vowed to continue to push for their $3 trillion HEROES Act bill that was passed by the House earlier this year.

With Washington in focus, both in terms of fiscal policy from Congress and monetary support from the Fed, stocks look set for a modest opening bell declines Tuesday, as contracts tied to the Dow suggest a 65 point slip and those linked to the S&P 500 indicate a 2 point dip for the broader benchmark.

In terms of corporate earnings, more than 80% of the 140 S&P 500 firms reporting so far this season have beaten Wall Street forecasts, although analysts still expect the benchmark’s collective bottom line will fall some 40.3% from last year once the final numbers are reported early next month.

Around 190 S&P 500 companies will report this week, including Visa , Chevron and ExxonMobil as well as tech giants Apple , Google and Facebook .

The U.S. dollar index, which tracks the greenback against a basket of six global currencies and hit a two year low yesterday, was marked 0.3% higher at 93.973, while benchmark 10-year Treasury note yields were seen rising to 0.62% in overnight trade as risk sentiment improved.

European stocks were modestly firmer, as well, with the Stoxx 600 benchmark rising 0.3% in early Tuesday trading, paced by a 0.25% gain for the DAX performance index in Germany and a 0.41% bump for London’s FTSE 100.

Overnight in Asia, Japan’s Nikkei 225 closed 0.26% lower at 22,657.38 points as investors braced for a rush of corporate earnings on the benchmark, while parsing a worrying (albeit small) increase in local coronavirus infections, while solid gains in South Korea and Shanghai helped boost the MSCI ex-Japan index to a 0.87% gain heading into the final hours of trading.

Global oil prices were little-changed in the overnight session, even with the sharp rebound in the U.S. dollar, as traders eyed inventory data from the American Petroleum Institute later today and continued to speculate on the pace of world energy demand growth over the second half of the year.