Skip to content
Home » U.S. Politics » Do Democrats Care about the Working Class?
Previous Next

Do Democrats Care about the Working Class? 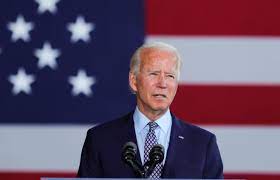 For decades the Democratic Party has championed as the party of the working class, all the while lambasting Republicans as the tool of special interests and corporate America, but do they really care about middle class America?

The current Democratic Party seems to spend much of their time frequenting and carousing with Big Tech billionaires, Hollywood celebrities, entertainment executives, media news personalities, the various internet “influencers” and corporate CEOs who promulgate the woke culture they aspire to institute across America.

Now that the Democrats control both Houses of Congress and the executive branch the policies they have put forth of having an unintended consequence of hurting the very same people they claim to help.

Since the presidency of Joe Biden, we were told his administration would restore decency and build and restore the middle class they perceived had been decimated by the rouge regime of President Trump and his Republican allies.

The unfortunate aspect the data they have always promulgated and pushed by their media allies doesn’t support their conclusion, Democrats instead of pushing policies that encourage economic prosperity; instead we are left with the highest inflation rate in over forty years.

The Democratic Party promised inflation would only be transitory, and ridiculed anyone who stated otherwise, including reputable economists such as former U.S. Treasury Secretary Larry Summers who served in the Clinton administration and was Director of the National Economic Council under President Obama. President Biden and his economic adviser were proved wrong. Now it’s permeant, and with no end in sight.

This record high inflation is eating at the wage gains of ordinary Americans as their paychecks are not keeping pace with the trajectory of rising prices. May’s inflation number was 8.6% the highest it’s been in forty years. If you factor in food prices as the basic staple of any American family, families are now struggling to meet the basic necessities to sustain themselves!

Since the Democrats regained total control of all three branches of government they have perused a progressive agenda by passing the over $2 trillion American Rescue Plan that set inflation in motion.

Before its passage Summers warned President Biden about this reckless trajectory in federal spending would lead to higher inflation; but his advice ignored.

The Democratic political elites who pull the levers of power continue to appease the far-left progressive wing of the party with its focus on the Jan. 6 hearings, pushing a costly $6 trillion Green New Deal agenda they hope to fully transform America.

These same Democratic elites want to forgive well over $1 trillion in student loan debt that primarily benefit wealthy white children, and the expense of working class Americans to subsidize.

They plan on transforming America by taking the nation from being an energy independent country, all the while Americans are paying close to $5 on average, as these Democratic elites lecture the nation that they should buy an electric car instead. It doesn’t matter that average electric car cost around $55,000, while the average wage of Americans is less than that.

Even Stephen Colbert told his audience “I’m willing to pay $4 a gallon. Hell, I’ll pay $15 a gallon because I drive a Tesla,” while working-class families are trying to figure out how to afford groceries and fill their gas tanks.

Maybe he can afford higher prices, as his net worth is around $75 million.

Rather than change course or address the issue, these Democratic Party along with their liberal elite celebrities who dismiss their impact make lite of how their policies are having on individual Americans.

Liberal media pundits lecture Americans that they should be more concerned with culture issues, such as the fate of LGBTQ + and the January 6 hearings instead of inflation and gas prices.

As the Democratic elites focused on other issues, American’s are crying out for relief, they are rebuked with condemnation as they are left grappling with high prices at the grocery store, high fuel prices, and suffering through various shortages of consumer products including baby formula.

As inflation, coupled with surging food and gas prices impact working class Americans, Democrats seem ambivalent or not concerned at all.

If this wasn’t bad enough, President Biden and the Democratic Party have effectively opened up the U.S. southern border that has had over 2 million illegal immigrants enter the country in 2021 and in 2022 the nation is poised to have over 3 million.

Why wasn’t the death over 51 migrants who were found dead in an abandoned tractor-trailer in Texas, a bigger story? Where were all the Democratic elites who chastised the Trump administration over his immigration polices eerily quiet now; why? Where was Biden and his border czar, Vice President Kamala Harris?

With this influx the deadly fentanyl, drug is pouring across the border which began its origin in China, then funneled to the drug cartels in Mexico, and transported into the U.S. in these illegal migrant invasion.

Fentanyl has become the number-one killer of Americans between the ages of 18 and 45.

The economic shut down of the U.S. by the coronavirus ripped off the band aid as Americans caught a firsthand look how their children were being educated and they didn’t like it.

The Democratic Party kept schools closed with children forced to learn at home, all the while the Democratic elite children were being taught in private schools with in-person learning.

Democrats were entirely focused on implementing various social experimentations and prioritizing politicized woke progressive curricula that are fundamentally at odds with the values of working-class Americans. Instead of educating the nation’s children and preparing them for college or the workforce should have been a top priority, but it wasn’t.

Once parents complained at school board meetings they were labeled as domestic terrorists by the federal government.

Democratic elites have spent more time propagating defund the police, implementing no cash bail as crime surges across America to record levels. Except this happens in working class neighborhoods, not theirs as Democratic elites push policies for everyone else to live by, except they exempt themselves from their own policies.

Everything the Democratic elites pursue always benefits everyone else except working class Americans.

Unfortunately a day of reckoning is coming and the Democratic Party will face the wrath of voters come November, who want a change that will make their lives better.