Skip to content
Home » U.S. Politics » Could a Latino senator change 170 years of California history? It’s up to the state’s governor.
Previous Next

Could a Latino senator change 170 years of California history? It’s up to the state’s governor. 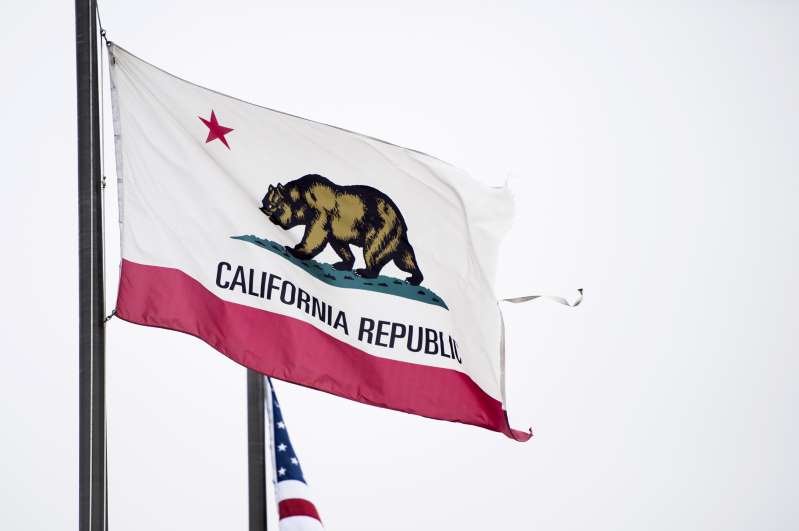 California, the state with the largest number of Latinos, has a chance to undo 170 years of history.

The pressure is building for Newsom to do what hasn’t been done since California, which used to be part of Mexico, became a state on Sept. 9, 1850 — send a Latino to Washington as one of its U.S. senators.

The country already has made history by electing Harris, who will be the first woman, the first Black American and the first South Asian American to serve as vice president.

It’s time for California to create some more history with a Latino U.S. senator, said Nathalie Rayes, president and CEO of the Latino Victory Fund.

“It would be great to shatter that glass ceiling, as well,” Rayes said.

National and state Latino lawmakers and Latino organizations have been rallying for Newsom to choose a Latino for the state that is home to 15 million Hispanics. However, there also are calls for Newsom to appoint another Black woman or someone from the LGBTQ community to finish out Harris’ term.

The California Latino Legislative Caucus is holding five news conferences around the state to drive home its plea to Newsom.

It’s uncertain when Newsom will make his pick, but some Latino groups say it could happen before Thanksgiving.

At the news conference, Robert Rivas, vice chair of the caucus, noted that Latinos are 54 percent of the state’s K-12 schoolchildren “but cannot see themselves represented at the highest levels of our government.”

“Latinos helped build this state. We grow its food, serve in its National Guard, contribute so much to its art and culture and own nearly 25 percent of its businesses,” Rivas said.

“Since California joined the union in 1850, we’ve had 44 members in the U.S. Senate. Not one, not one, has been Latino. Gov. Newsom, you have the opportunity to change this,” he said.

The Latino Victory Fund, a national political advocacy group, and BOLD PAC, the political arm of the Congressional Hispanic Caucus, have galvanized around California Secretary of State Alex Padilla as their choice, while California groups, including the legislative caucus and the Latino Community Foundation, a philanthropic organization, are generally pushing for a Latino or Latina appointee.

But Padilla is considered the top contender, having been elected twice as secretary of state in statewide races, giving him the name identification and recognition.

The network of donors and contacts Padilla has built would allow him to quickly assemble an election campaign, which will get underway pretty quickly in 2021; the seat is up for election in 2022.

“This position doesn’t come around often,” said Amanda Rentería, who was the first Latina hired as a chief of staff in the U.S. Senate and later became national political director for Hillary Clinton’s 2016 presidential campaign. A Senate campaign in California is expensive because of its size and the cost of its media markets, making it tough for officeholders who don’t have statewide name recognition to launch campaigns, Rentería said.

The Latino Victory Fund has created a “Pick Padilla” campaign to expand support. “California has the largest Latino population in the country — 1 in 3 are Latino,” says the campaign’s website, adding that with Padilla, “California Latinos will have the representation they deserve.”

Padilla, 47, an MIT-educated engineer, said last year that he turned to politics as a young college graduate in response to a controversial California ballot initiative, Proposition 187, which sought to deny health care, education and other benefits to anyone believed to be in the country illegally. Court challenges stopped the initiative from going through, but it served as a political awakening for many who saw it as anti-Latino and anti-immigrant — and it was seen as the turning point in making California a Democratic state.

Padilla joined in a massive march against Prop 187 that traveled from East Los Angeles to City Hall, carrying his nephew on his shoulders the entire route.

“I couldn’t help but take it personally and push back against it,” Padilla said in an interview.

Padilla, a son of Mexican immigrants, has made history throughout his 20 years in public office, first when he became the first Latino elected president of the Los Angeles City Council and later when he was elected as the state’s first Latino secretary of state.

Padilla has built a national profile as head of the Democratic Association of Secretaries of State, and he became known for his work to make voting easier and more accessible. He championed online voter registration and mailing ballots to every voter, giving them the option to vote by mail.

Although the Latino Victory Fund and BOLD PAC are steering Newsom to Padilla, other Latinos are considered candidates for the job, including Attorney General Xavier Becerra. Becerra also has been mentioned as a potential pick for President-elect Joe Biden’s Cabinet. Others mentioned for the Senate seat are Long Beach Mayor Robert Garcia; state Sen. Maria Elena Durazo, chair of the California Latino Legislative Caucus; and state Assembly member Lorena Gonzalez.

‘We are long overdue’

Rentería said the recent elections show something has changed. “We are seeing a Latino community ask for a representative government so that their voices are heard and communities are seen,” she said. “That movement started with the largest Latino turnout in the history of this country and is likely to continue, as 1 million Latinos turn 18 every year.”

Groups pushing for a Latino pick have pointed to the disproportionate impact of Covid-19 on Latinos and are reminding Newsom that he’s up for re-election in 11 months. “He’s going to be re-elected with the help of Latinos if he shows up and speaks up and leaves a legacy that remembers Latinos have been in this state and will be this state long after he is gone,” Jacqueline Martinez Garcel, CEO of the Latino Community Foundation, said at Monday’s news conference.

Newsom should choose a Latino, she said, not only “because it’s been 170 years that we haven’t had representation in the Senate,” but also “because we are California, and California is Latino.”

“We are long overdue to have that voice and representation,” she said.