Skip to content
Home » Foreign Policy » Coronavirus Cases Seemed to Be Leveling Off. Not Anymore
Previous Next

Coronavirus Cases Seemed to Be Leveling Off. Not Anymore 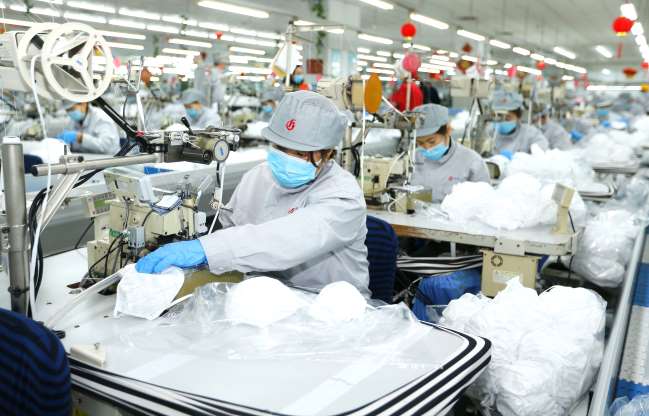 The news seemed to be positive: The number of new coronavirus cases reported in China over the past week suggested that the outbreak might be slowing — that containment efforts were working.

But on Thursday, officials added more than 14,840 new cases to the tally of the infected in Hubei Province alone, bringing the total number to 48,206, the largest one-day increase so far recorded. The death toll in the province rose to 1,310, including 242 new deaths.

The sharp rise in reported cases illustrates how hard it has been for scientists to grasp the extent and severity of the coronavirus outbreak in China, particularly inside the epicenter, where thousands of sick people remain untested for the illness.

Confronted by so many people with symptoms and no easy way to test them, authorities appear to have changed the way the illness is identified.

Hospitals in Wuhan, China — the largest city in Hubei Province and the center of the epidemic — have struggled to diagnose infections with scarce and complicated tests that detect the virus’s genetic signature directly. Other countries, too, have had such issues.

Instead, officials in Hubei now seem to be including infections diagnosed by using lung scans of symptomatic patients. This shortcut will help get more patients into needed care, provincial officials said. Adding them to the count could make it easier for the authorities to decide how to allocate resources and assess treatment options.

But the change also shows the enormous number of people in Hubei who are sick and have not been counted in the outbreak’s official tally. It also raises the question whether the province, already struggling, is equipped to deal with the new patients.

The few experts to learn of the new numbers on Wednesday night were startled. Lung scans are an imperfect means to diagnose patients. Even patients with ordinary seasonal flu may develop pneumonia visible on a lung scan.

In China, health officials have been under exceptional strain. Hospitals are overwhelmed, and huge new shelters are being erected to warehouse patients. Medical resources are in short supply. It’s never been clear who is being tested.

Health workers have gone door to door in Wuhan to check people for symptoms. The prospect of forced isolation may be deterring some people with respiratory illnesses from presenting themselves at health facilities to seek health care, some experts say, making the dimensions of the epidemic even less clear.

“You have to be sick, the authorities need to find you, or you find them, and they need to test you,” said Dr. Arthur Reingold, an epidemiologist at the University of California, Berkeley.

The push to prioritize lung scans seems to have begun with a social media campaign by a physician in Wuhan, who last week called for using the scans to simplify the screening of patients and to accelerate their hospitalization and treatment.

Even before today’s news, experts complained that epidemiological information from China has been incomplete, threatening containment efforts.

The new coronavirus is highly transmissible and will be difficult to squelch. A single infected “super-spreader” can infect dozens of others. Outbreaks can seem to recede, only to rebound in short order, as the weather or conditions change.

Recent clusters of coronavirus cases suggest the new coronavirus not only spreads quickly, but also in ways that are not entirely understood.

In Hong Kong, people living 10 floors apart were infected, and an unsealed pipe was blamed. A British citizen apparently infected 10 people, including some at a ski chalet, before he even knew he was sick.

In Tianjin, China, at least 33 of 102 confirmed patients had a connection of some sort with a large department store.

“This outbreak could still go in any direction,” Dr. Tedros Adhanom Ghebreyesus, director general of the World Health Organization, said on Wednesday.

A change in diagnosis may make it still harder to track the virus, said Dr. Peter Rabinowitz, co-director of the University of Washington MetaCenter for Pandemic Preparedness and Global Health Security.

“It makes it really confusing right now if they’re changing the whole way they screen and detect,” he said. Now estimating the scale of the epidemic “is a moving target.”

It is not uncommon for scientists to refine diagnostic criteria as their understanding of a new disease changes. But when the criteria are changed, experts said, it makes little sense to continue to make week-over-week comparisons.

“It sounds simplistic, but it’s so very important — what numbers are you counting?” said Dr. Schaffner, the infectious disease specialist.

Scientists have been wary of the notion that the epidemic has peaked for other reasons, as well.

Unlike MERS and SARS, both diseases caused by coronaviruses, the virus spreading from China appears to be highly contagious, though it is probably less often fatal.

It is harder for public health officials to track a rapidly moving epidemic. Scientists often describe these epidemics as a sort of iceberg — their girth and true shape hidden below the surface.

Chaos makes it still more difficult to discern those dimensions. But an accurate grasp of the situation within China is necessary for the safety of the rest of the world, noted Dr. Tedros of the W.H.O.

The country is so central to the world economy that it can easily “seed” epidemics everywhere, he said.

“Our greatest fear remains the damage this coronavirus could do in a country like D.R.C.,” Dr. Tedros said, referring to the Democratic Republic of Congo, which has been struggling with outbreaks of Ebola and measles.

“It’s a huge task to manage a response effectively,” said Dr. Christine Kreuder Johnson, a professor of epidemiology at the University of California, Davis. “This would be true for any country.”

“We’re in the dark in terms of knowing what to expect next.”

Reporting was contributed by Vivian Wang.