Skip to content
Home » U.S. Politics » Biden-Harris fail to answer if they would Ban Fracking
Previous Next

Biden-Harris fail to answer if they would Ban Fracking 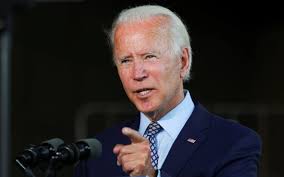 At the vice-presidential debate in Salt Lake City Senator, Kamala Harris, refused to answer the question if Joe Biden is elected president would his administration ban fracking? When pressed by Vice President, Mike Pence, on the banning of fracking she stated this wasn’t true!

The vice president brought up previous statements by both Harris and Biden, which contradicts her assurances.

Fracking involves the fracturing of bedrock by high pressure liquid, primarily water that makes it easier to extract natural gas and other fossil fuels. This process has revolutionized the energy industry making the U.S. energy independent and less dependent on foreign sources for the nation’s energy needs.

Both Democrats and Republicans look at fracking in far different ways. Progressive Democrats see fracking has harmful to the environment and Republicans see it as way to make America energy independent. Either way this issue is so political because so many high paying blue-collar jobs depend on it in key battleground states such as Pennsylvania.

The media has never challenged both Joe Biden and Kamala Harris who have given conflicting statements on whether they would ban fracking if elected.

At the vice-presidential debate, Kamala Harris reiterated this claim that a Biden administration would not ban fracking.

Unfortunately, this conflicts with past statements.

During last year’s Democratic presidential primary debate, Politico’s Tim Albert asked Biden if he would be willing to sacrifice jobs in the oil and gas industries to transition to a green economy.  Biden’s response “The answer’s yes.”

In a CNN Democratic debate in Washington D.C., Biden also stated after being pressured by progressive Democratic Vermont Senator Bernie Sanders that he would stop new fracking projects. This also includes all fossil fuels.

At Democratic presidential town Hall, Harris emphatically stated she would ban fracking, but then contradicted herself at the vice presidential debate when she stated otherwise.   Pence stated that Harris was an early supporter of the ambitious “New Green Deal” as outlined by progressive Congressional Representative Alexandria Ocasio-Cortez and Senator Bernie Sanders.

On her Senate website, Harris released a statement shortly after the introduction of the “New Green Deal.” In her statement she states, “Climate change is an existential threat, and confronting it requires bold action. I’m a proud cosponsor of Senator Markey’s Green New Deal resolution,” said Harris. “Political stunts won’t get us anywhere. Combatting this crisis first requires the Republican majority to stop denying science and finally admit that climate change is real, and humans are the dominant cause. Then we can get serious about taking action to tackle the climate crisis at the scale of the problem.”

If only the media did even the basic of research, they would find that Biden and Harris have contradicted themselves. In July, Biden introduced the Biden-Sanders Unity Task Force Document that would later be incorporated into the Democratic National Committee party platform.

The unity task force document states to eliminate carbon pollution by 2035, and will set a bold, national goal of achieving net-zero greenhouse gas emissions for all new buildings by 2030, on the pathway to creating a 100 percent clean building sector. Within five years, we will incentivize tens of billions of dollars in private-sector investment to retrofit four million buildings, including helping local governments save money and cut pollution by weatherizing and upgrading energy systems in hospitals, schools, public housing, and municipal buildings. Democrats will encourage states and cities to adopt energy-efficient building codes and address barriers to energy efficiency upgrades and leverage the federal footprint to model net-zero and 100 percent clean energy building solutions.

The media fails to ask Biden or Harris how do you get to zero greenhouse gas emissions by 2035, that is only fifteen years away if you don’t ban fracking and other fossil fuels? Who pays for this massive spending and what is its ultimate cost?

Even in the Democratic National Committee’s 2020 party platform states that to reach net-zero emissions as rapidly as possible, Democrats commit to eliminating carbon pollution from power plants by 2035 through technology-neutral standards for clean energy and energy efficiency. We will dramatically expand solar and wind energy deployment through community-based and utility-scale systems, including in rural areas. Within five years, we will install 500 million solar panels, including eight million solar roofs and community solar energy systems, and 60,000 wind turbines, and turn American ingenuity into American jobs by leveraging federal policy to manufacture renewable energy solutions in America. Recognizing the urgent need to decarbonize the power sector, our technology-neutral approach is inclusive of all zero-carbon technologies, including hydroelectric power, geothermal, existing and advanced nuclear, and carbon capture and storage.

Again, if you are to reach zero carbon emissions by 2035, how is this to be accomplished without banning fracking? What type of job’s are Biden and Harris speaking of and where will these jobs be located?

Biden and Harris have never stated what kind of jobs or been asked by the media.

If the goal is to reduce greenhouse gas emissions the new Energy Information Administration showed that fracking has made the energy markets more competitive and reduced CO2 emissions than has governmental regulation and renewable subsidies.

According to the report, energy-related CO2 emissions in the U.S. fell 2.8% last year as many utilities replaced coal and heating oil with less expensive natural gas. Hydraulic fracturing combined with horizontal drilling has unleashed a gusher of natural gas production in the Midwest and Southwest. As a result, natural gas prices have plunged, putting many coal plants out of business.

The International Energy Agency earlier this year reported that the U.S. “saw the largest decline in energy-related CO2 emissions in 2019 on a country basis” due to a 15% reduction in the use of coal for power generation and “US emissions are now down almost 1 Gt [gigatonne] from their peak in the year 2000, the largest absolute decline by any country over that period.”

This was far greater than Europe and any other signatory to the Paris Climate Accord that Biden and Harris who would have the U.S. rejoin if elected.  Biden-Harris have never been asked how they would get China and India both signatories of the agreement to adhere to its mandates.

Maybe the media needs to stop being part of the Democratic Party and start doing their jobs!