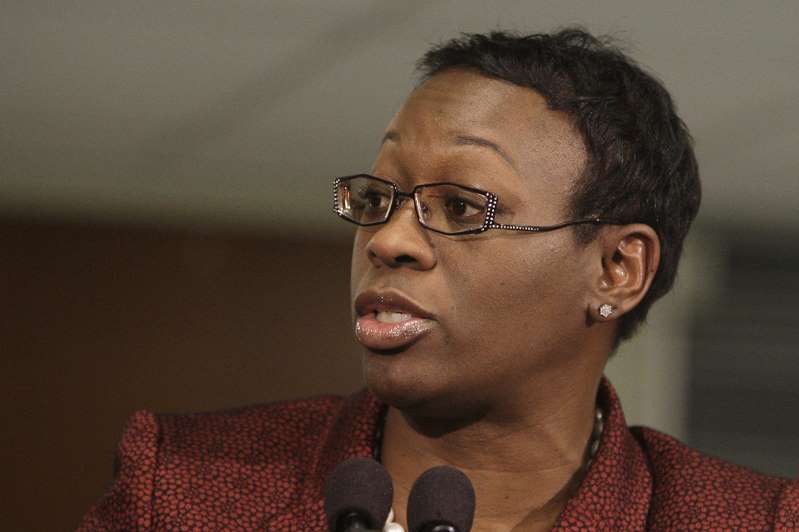 A Democratic Party meeting that leaders hoped would project unity weeks ahead of the national convention instead broke out into a behind-the-scenes feud over corporate money in politics.

At a virtual gathering of a key committee for the National Democratic Convention, Bernie Sanders-allied members said Joe Biden appointees called them “children” and made other rude comments in a breakout room where they were talking privately.

The argument served as a reminder of the tensions that are still simmering below the surface between moderate and progressives as the party seeks a united front against President Donald Trump. It also shows the limited power of Biden and Sanders, whose teams worked closely to hash out a deal on another plan under consideration by the committee with the goal of showing harmony.

“It was not only disturbing, but disrespectful,” said Nina Turner, Sanders’ former campaign co-chair who served on the committee. “Disgusting, disturbing, unacceptable. And it’s no way to restore the faith of the people who already suspect the Democratic Party is unfair.”

Another person at the meeting described it as full of cross-talk between a small number of people in both Biden and Sanders camps that made it difficult to hear the proceedings, and said some people did not know how to use the mute button.

The Democratic National Committee did not immediately respond to requests for comment. A Biden official disputed the account from Sanders appointees.

“This is a mischaracterization. There was a small group that was drowning out speakers, and this continued through a tribute to the late Rep. John Lewis,” the person, who declined to speak on the record, said. “They were asked to stop by both Sanders and Biden delegates. And the overwhelming takeaway of this meeting was the five resolutions that were passed unanimously, as a result of the hard work of the Sanders and Biden teams.”

The spat began when Brent Welder, a Sanders appointee on the convention’s rules committee, proposed a resolution to change the party charter to refuse all corporate PAC dollars and limit corporate lobbyists from serving on the DNC for several years.

A Biden appointee called for it to be tabled, which some Sanders appointees said caught them off guard. “Tabling until when?” asked Welder.

“Wow, that doesn’t make any sense at all,” said Welder.

Jillian Johnson, a Sanders appointee on the committee, said other Sanders supporters urged that the proposal be placed on the table in the closed-door breakout room by changing the background images on their screens to reflect their support. She said some Biden appointees chastised progressives over it.

“‘You’re acting like children,’ someone said, and, ‘You were going to lose anyway, so get over it,’” she said. “And then the host just closed the meeting so we couldn’t see each other anymore.”

Welder and another Sanders appointee who asked for anonymity also said Biden appointees made those comments. Turner said she heard them as well, and said they came from Biden appointees or “party diehards.”

Minutes before the meeting ended, the committee held a vote to put Welder’s proposal back on the table, and it was defeated.

While the frustration of Sanders appointees seeped out on social media, the actual arguments in the private breakout rooms were not live-streamed — a boon for the party. If the meeting had been held in person, as the rules committee usually operates, such divides could have been captured on tape.

On a separate issue Thursday, the rules committee struck a deal between the Sanders and Biden teams to extend party reforms that were agreed on in the wake of the contentious 2016 election.

The rules committee voted unanimously to pass a proposal to maintain “the advances that have been made” to the presidential nomination process, such as not allowing superdelegates to vote on the first ballot and making caucuses more accessible.

The Sanders and Biden camps hoped the resolution would underscore the harmony in the party. The reforms, which will now go to a vote of convention delegates, would be cemented for the 2024 presidential primary.

In an effort to maintain unity, Sanders’ 2020 campaign officials asked Sanders appointees to withdraw and vote against some amendments because they conflicted with the deal made with the Biden team.

A plan to make the limited role for superdelegates permanent was defeated by the committee.

“The rules passed today, which keep in place the important changes we pushed to make four years ago, ensure that our party’s presidential nominee is selected by rank-and-file Democrats — not party elites,” said Sanders in a statement. “I want to thank the Biden campaign, the delegates and the members of the committee who forged this agreement. What it says, very simply, is that the will of the people must come first.”