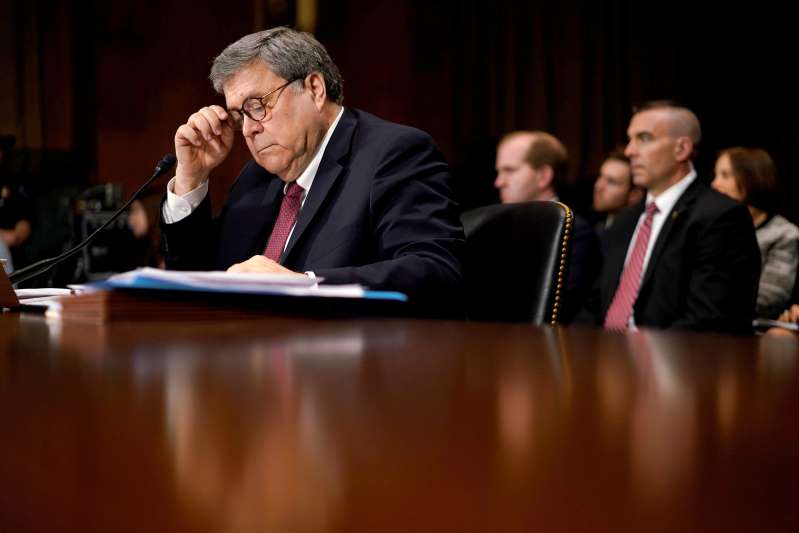 Attorney General William Barr will not testify before the House Judiciary Committee on Thursday, the Justice Department said Wednesday.

The Justice Department and Democrats on the committee had been at odds over whether the attorney general could be questioned by staffers, in additional to lawmakers. Barr wanted to be questioned only by House members.

Barr’s decision not to appear could lead House Democrats to subpoena him, setting the stage for a potential legal battle with the Trump administration.

“Chairman Nadler’s insistence on having staff question the Attorney General, a Senate-confirmed Cabinet member, is inappropriate. Further, in light of the fact that the majority of the House Judiciary Committee — including Chairman Nadler — are themselves attorneys, and the chairman has the ability and authority to fashion the hearing in a way that allows for efficient and thorough questioning by the members themselves, the chairman’s request is also unnecessary.”

Kupec added, “The Attorney General remains happy to engage directly with members on their questions regarding the report and looks forward to continue working with the Committee on their oversight requests.”

The committee still intends to hold a hearing Thursday with the hope that Barr will reconsider. Nadler, D-N.Y., said the panel would “start a process” to compel Barr to testify.

“We may issue a subpoena, but our first priority is to get the unredacted Mueller report,” Nadler told reporters.

“He is terrified of having to face a skilled attorney,” Nadler said, referring to lawyers for committee Democrats. “That’s the most effective way at getting at the facts and getting at the truth…I can understand why he’s afraid of facing more effective examination.”

Nadler also noted that DOJ hasn’t complied with the committee’s subpoena for the full unredacted Mueller report, which was due to have been turned over to the panel on Wednesday. The committee will consider contempt of Congress proceedings if it does not received the full 448-page report.

The committee also is looking at May 15 as a possible date for Mueller to testify.

Barr spent several hours Wednesday testifying about special counsel Robert Mueller’s report before the Senate Judiciary Committee, where he was not questioned by aides, only by senators.

Rep. Doug Collins, R-Ga., ranking member on the Judiciary Committee, said: “It’s a shame members of the House Judiciary Committee won’t get the opportunity to hear from Attorney General Barr this Thursday, because Chairman Nadler chose to torpedo our hearing. The attorney general gave clear, informative testimony in the Senate Wednesday, as he offered to do more than a month ago in the House tomorrow.”