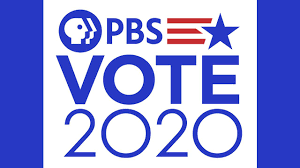 Nothing is more sacrosanct to a Democracy then a corruption free election, and the one fundamental pillar of the American experience has always been a fair election.  This may now change as many are clamoring for a total mail-in ballot election without ever understanding the potential for fraud.

Way before this became a partisan issue, the New York Times published an article in 2012, titled “Error and Fraud at Issue as Absentee Voting Rises.”  The bipartisan consensus was that votes cast by mail are less likely to be counted, more likely to be compromised and more likely to be contested than those cast in a voting booth, statistics have shown.  Election officials reject almost 2 percent of ballots cast by mail, double the rate for in-person voting.

Then elections supervisor in Tallahassee Ion Sancho stated that “The more people you force to vote by mail the more invalid ballots you will generate.”

A bipartisan Commission on Federal Election Reform, chaired by former President Jimmy Carter and former Secretary of State James Baker III concluded in 2015 “absentee ballots remain the largest source of potential voter fraud” and that “vote buying schemes are far more difficult to detect when citizens vote by mail.” Carter and Baker also pointed out citizens who vote at nursing homes “are more susceptible to pressure, overt and subtle, or to intimidation.” In Florida, there is even a name for this: “granny farming.”

Study after study has concluded that mail-in ballots have a higher disproportional rate of not being counted.  A study conducted by the Massachusetts Institute of Technology that in the 2008 presidential race, 7.6 million of 35.5 million mail-in ballots requested were not counted because they never reached voters or were rejected for irregularities.  This is a failure rate of 21%, in a close election this would be critical in swinging a race to one candidate.

In other western democracies a trend toward independent election commissions that are composed of nonpartisan officials who act as independent arbitrators ensuring that the election process is administered fairly, impartially and effectively.

In the United States, elections rules are administered by partisan state office holders who are elected by the citizens of each given state, with the real power who oversee voter collection and administration are done by county officials.

It is in the counties who are responsible for setting polling places, allocate voting machines, mail absentee ballots, recruit and train election workers, supervise Election Day voting and tally the voting results to be submitted to the state election authority.

Much has been made of the mess in Georgia’s recent primary election, with prominent Democrats sounding the whistle of voter suppression because of the debacle in Fulton and DeKalb counties.  Former Democratic gubernatorial candidate in 2018 and potential vice presidential candidate Stacey Abrams complained vigorously about voter suppression as it pertains to the black community in both of these counties.

What Abrams failed to mention or was done on purpose is that Democrats control both county governments of Fulton and DeKalb.  If one looks deeper into the make-up of the county elections of both counties you would find out that Fulton’s has four Democrats and three Republicans.  As for DeKalb’s its board of commissioners consists of six Democrats and one Republican, with DeKalb board chairman Steve Bradshaw and Fulton chairman Robb Pitts are African-American Democrats.

As was mentioned by Karl Rove in a Wall Street Journal Op-Ed, the commissions in turn elect chairmen of boards of registration and elections. Both counties’ election boards consist of two Republicans and three Democrats, including their Democratic chairmen. It was these Democrat-run county governments that ran the elections that Mr. Obama, Mrs. Clinton and other progressives savaged as Republican voter suppression efforts. Instead they should have look at the failure of Democratic campaign officials in each of these counties.

One only has to view a controversial Audit of Florida’s Broward county 2018 election debacle which showed;

The findings led to a troubling conclusion from Broward County Auditor Bob Melton, whose office examined what went wrong in 2018.

Too often Democrats rally against “voter suppression” when they should direct their anger at the Democratic election officials, but instead it’s far more productive to stoke racial divisions by scoring cheap political points for partisan advantages.

Democrats have been complaining that President Trump is trying to discredit the election if he loses, with Joe Biden stating this month that, “This president is going to try to steal this election.” If they feared this would happen, Democrats would do more to safe guard the integrity of the election process instead of doing the opposite.

In the upcoming presidential election, increased mail-in ballots will duplicate the situation found in California in 2018, where winners were not known for weeks, candidates who won on Election Day only to lose when mail-in ballots arrived days later.

Right before the 2018 mid-term elections California changed its election rules that allowed someone other than a family member to collect and submit ballots. This practice of ballot harvesting is illegal in most states, and was tried in North Carolina’s 9th Congressional District.  The State Board of Elections invalidated the election and set a new date because of illegal ballot harvesting that included altering and forging absentee ballots.

U.S. Attorney General William Barr is concerned enough when speaking with FNc’s Maria Bartiromo on ‘Sunday Morning Futures, stating, “There’s no — right now, a foreign country could print up tens of thousands of counterfeit ballots, and be very hard for us to detect which was the right and which was the wrong ballot.

So, I think it can — it can upset and undercut the confidence in the integrity of our elections. If anything, we should tighten them up right now.”

Prominent Democrats such as Democratic House Speaker Nancy Pelosi have advocated a $3.6 billion proposal as part of The Heroes Act which passed the House last month.  In the House bill it would mandate the counting of late ballots postmarked before Election Day, with a 10 day period to cure bad signatures.

One of the controversial aspect of the bill states, “shall permit a voter to designate any person to return a voted and sealed absentee ballot,” as long as the canvassers were not paid per voter, in essence it would mandate ballot harvesting nationally.

All this was done was to ensure the safety of all Americans due to the coronavirus.  When interviewed on MSNBC’s “The Last Word, “Pelosi stressed that the Democrats’ vote-by-mail proposal was aimed at making voting more convenient and safe for Americans amid the coronavirus pandemic – allowing them to participate in elections from home without exposing themselves to risk of contracting the virus.”

Was this the sole reason or was something more nefarious in mind?

The state of California is moving forward with a plan to make sure that every registered voter and active receives a ballot before the November 3rd presidential election with no sign up required.

The plan is broken into two parts:

In 27 states, “a voter can designate someone to return their ballot,” says the National Conference of State Legislatures. This practice is often restricted to family members and caregivers, or with rules that cap the number of ballots any single person may return. Not always. “Ballot harvesting” has made news in California, where activists have canvassed neighborhoods collecting votes. The registrar in Orange County reported in 2018 that his office had “people dropping off maybe 100 or 200 ballots.”

In Washington State, voters are required to check a box for party declaration on the return envelope of their ballot and that selection must match the candidate inside.  If a voter fails to check either party, election officials will contact the voter to ask for party affiliation, but if both boxes are checked it could invalidate that ballot.

What would prevent someone from discarding a ballot from the opposing party? Mail-in ballots would be difficult to track the chain of custody ensuring the integrity of each and every ballot.

The manner of mail-in votes is ripe for fraud, as absentee ballots are out of the direct supervision of election officials.  The argument that voting entirely by mail, will only jeopardize the integrity of the election process especially if all ballots are mailed to every registered voters without a signature or a authenticated request from each individual voter.

Hans A. Von Spakovsky, an expert on Election Reform Law at the Heritage Institute, wrote in April that voter registration rolls are notoriously inaccurate and out of date, containing the names of voters who are deceased, have moved, or otherwise have become ineligible.

By having thousands of ballots arriving in the mail for individuals who no longer reside at a registered address risks those ballots being stolen and voted, further complicating the integrity of election results.

The Heritage Foundation maintains an Election Fraud Database of over 1,300 proven instances of fraud with many of the cases fraud by mail-in votes.  Much of the fraud could be aimed at our most vulnerable and largest voting block; senior citizens.