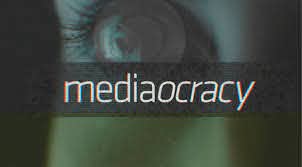 The fundamental aspect of any functioning democracy is an independent media free from any constraint by the government nor tied to any political party.  Unfortunately the democracy Americans cherish has been eroded as the media has lost its independence and embedded itself in the Democratic Party.

With the likely election of former Vice President Joe Biden as the next president of the United States, the media has shown intense bias in its coverage of President Trump all the while protecting its preferred candidate.

Throughout the entire Trump presidency the media has perused with reckless abandon every salacious story without even pretending to uphold any sort journalistic ethics found in the Society of Professional Journalism.

Every media affiliate from the New York Times, the Washington Post, National Public Radio, Public Broadcasting Service, NBC, CBS, ABC, MSNBC, CNN and countless others have disregarded independent reporting by engaging in partisan coverage of Trump with the stated objective of removing him from office.

Even Democratic political analyst Doug Schoen who worked on campaigns for Bill and Hillary Clinton, stated that many of his media friends have mentioned to him that it’s their sole mission to take down the presidency of Donald Trump.

During the period of June 1st to July 31 an analysis conducted by the Media Research Center showed that the newscast by ABC, CBS & NBC for more hostile to Trump then Biden.

All through 2016, and now 2020 the media has been far harder and covered Trump far differently than it had Hillary Clinton and now they go easy on Joe Biden.  Rich Noyes of the Media Research Center found that from March 4 (when Joe Biden had basically wrapped up the Democratic nomination) through May 31, Trump coverage on the ABC, CBS and NBC evening newscasts was 94% negative. In May, it was 99.5% negative, an all-time low.

From the very beginning of the Trump presidency the media believed every salacious accusation against Trump, no matter if it was verified or not. The biggest story that has consumed the nation for the past four years was the Russian collusion narrative that Trump had indeed collaborated and colluded with Russia to win the 2016 presidential election.

Latter we learned from hand written notes by former Obama administration CIA Director John Brennan that Hillary Clinton had in fact was the one that pushed this narrative, and   Brennan then himself briefed President Obama.

The media was eerily silent.

Throughout this period the media would interview anyone who pushed the narrative that Trump had colluded with Russia.  The Democratic Party repeated this theme for over three years without any fact checking by the media. The media utilized House Intelligence Chairman Adam Schiff by listening to his every word as he steadfastly stated he had direct evidence of Russian collusion. Not once did they question him on that evidence.

Look how the media handled then chairman of the House Intelligence Committee Rep. Devin Nunes (R-Calif.) and the committee’s then-ranking minority member Adam Schiff (D-Calif.) who both issued vastly different version of alleged FISA abuses by DOJ and FBI.

Schiff’s memo was overwhelmingly praised by the media, while Nunes report was universally condemned as a partisan and serving the interests of Trump.  The media wildly praised Schiff as a Harvard Law graduate who has run circles around the “former dairy farmer,” who was “way over his head” and had “no idea what’s going on.”

The media never followed up on the massive abuse of the FISA application process by the DOJ and FBI, even after the Department of Justice Michael Horowitz released his IG report highlighting 17 different instances of serious abuses.

It had gotten so bad that Horowitz’s office took 29 random samplings of FISA warrant applications.  All the applications where riddled with serious constitutional violations. Again, crickets from the media!

Why didn’t the media chastise Schiff or cover the 29 FISA abuses by the DOJ and the FBI? This was all done by appointees of the Obama-Biden administration.

Even those individuals who had perpetrated these abuses are now currently being used as legal analysists on major cable news outlets such as CNN and MSNBC.

Nobody has even asked the media why they have failed to investigate the serious abuse of power by the DOJ and the FBI, nor has the media questioned anyone in the Obama administration.  Former Vice President Joe Biden who now is the president –elect has never been asked any of these questions; why not?

Constitutional law professor at George Washington University Jonathan Turley writing in the “The Hill” stated, “There is very little question that the response by the media to such a story would have been overwhelming if George Bush and his administration had targeted the Obama campaign figures with secret surveillance. That story would have been encompassing if it was learned that there was no direct evidence to justify the investigation and that the underlying allegation of Russian collusion was ultimately found to lack a credible basis.”

Turley continues, “The media portrayed both Obama and Biden as uninvolved. But now we know they both actively followed the investigation. According to former acting attorney general Sally Yates, she was surprised that Obama knew about the investigation and knew more than she did at the time. Obama called upon former FBI director James Comey to stay after a meeting to discuss the investigation. Comey had mentioned using the Logan Act to charge Flynn, even though the unconstitutional law has never been used successfully in a prosecution since the country was founded.”

The credibility of the media and especially the Pulitzer Prize committee who gave the both the New York Times and the Washington Post the prestigious Pulitzer Prize in journalism for their failed Russian collusion coverage.

As the Pulitzer Prize committee stated that, “For deeply sourced, relentlessly reported coverage in the public interest that dramatically furthered the nation’s understanding of Russian interference in the 2016 presidential election and its connections to the Trump campaign, the President-elect’s transition team and his eventual administration.”

Four months later former Special Counsel Robert Mueller reported that no American had knowingly or unknowingly colluded or cooperated with Russia, so both the New York Times and Washington Post received an award based on a lie!

The independence of the media has been subverted to the Democratic Party.

The media coverage of Trump has been far different then how they treated President Barack Obama.

There are glaring examples of the media failing in its journalistic duties, such as:

These are only a small sample of limitless examples of failed coverage in holding the Obama administration accountable.

Look how the media covered the false and unverified comments Trump supposedly made disparaging U.S. veterans with not one person corroborating this baseless story.  Even CENTCOM Commander General Kenneth McKenzie stated that he has seen no actual intelligence to back up this claim, but the media has allowed Biden and his vice presidential-elect Kamala Harris to continue to pontificate this false statement.

Again crickets by the media!

Examine the media coverage of the sexual assault allegations by Tara Reade, who was leveling charges at former vice president Joe Biden, the main stream media sat on the story for a month, then claimed due process must be followed.

When Christine Blasey Ford accused Brett Kavanagh of sexual assault some forty years ago, the media jumped on every salacious accusation that were never based on fact or evidence, simply repeating the moniker of “all women must be heard, but more importantly must be believed.”

For the Media, “we hear Reade,” but it was far different then “we believe her.”  Biden had gone on close to 30 news interviews without ever being asked about this accusation, far cry from how Kavanagh was treated.

Examine the media coverage of Biden, who has chastised Trump for his handling of the coronavirus but In July, Biden was interviewed on MSNBC by Joy Reid as she asked Biden if you were president what you would do differently then what President Trump has done or is doing.

Biden gave six examples of how his approach would be different from Trump, unfortunately, Reid never pressed nor has any other media outlet reported that everything Biden suggested, the president is either doing or has done.

Nor has the media reported that when Trump issued his travel ban at the end of January from flights coming from China the epicenter of the virus, and later Europe  every Democrat including Biden stated this was unnecessary and racist.  At the end of February, House Speaker Nancy Pelosi stated there was no reason to cancel travel from China.

Where was the media coverage?

The media has been silent when Trump secured a major peace deal between Israel, United Arab Emirates and Bahrain, once mortal enemies and now these Arab states have recognized the Jewish state.  This is the first peace deal in over thirty years, and only the third one since the founding of Israel in 1948.

How would the media have handled this if this was Obama or a Biden administration?

Hoover Institute Historian Victor David Hanson wrote that in  2017, the media suggested that Trump’s plans to get out of the Iran nuclear deal and the Paris climate accord, to confront Chinese mercantilism, to forge new alliances between Israel and moderate Arab regimes, to isolate an ascendant Iran, to close the southern border to illegal immigration, to jawbone NATO alliance members into honoring their defense-expenditure commitments, and to destroy ISIS and weaken Hezbollah were all impossible, counterproductive or sheer madness.

Now in 2020, Iran is teetering on bankruptcy, international terror groups such as Hezbollah are broke, and China is being shunned by much of the world.

Let’s examine the issues the media has failed to cover;

Why has the media not asked Biden that in unity task force with Bernie Sanders he would send massive amounts of additional federal funding to public schools and not one dime to charter schools or give black and Hispanic families a chance at school choice by sending their children to a school that best suits their needs for a better education?

Why hasn’t the media asked Biden why he had a choice to send his two boy’s to a prestigious private high school but then denies black and Hispanic children the same choice his son’s had?

The words of former Russian dissident Alexandr Solzhenitsyn ring true, “Because instant and credible information has to be given, it becomes necessary to resort to guesswork, rumors, and suppositions to fill in the voids, and none — and none of them will ever be rectified; they will stay on in the readers’ memories. How many hasty, immature, superficial, and misleading judgments are expressed every day, confusing readers, without any verification.”

Today, America doesn’t have an independent media it has a Democratic Party controlled state run media.