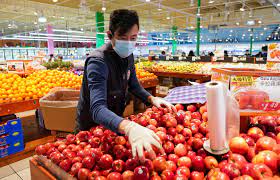 Throughout 2022, the U.S. faced economic, financial and political turmoil, this will only continue into the new year, but the greatest challenge America faces is the uncertainty as relates to the economy; especially inflation.

The brightest political and economic minds in America wildly missed the mark on their forecast on the U.S. economy, but the biggest failure was the prediction on the status of inflation!

President Biden and his key economic advisors stated at the beginning of his presidency that the prolific spending he initiated would not cause inflation to rise, despite repeated warnings from former Democratic economic advisors in previous Democratic administrations.

When inflation began to rise the moniker then changed to this would only be “transitory,” and it would return to its 2% annual growth rate by the fall of 2021, but this never happened. Instead inflation peaked to 9.1% in the summer of 2022, the inflation rate has moderated from its previous high, but these same economic advisors who predicted the transitory nature of inflation are now predicting its demise in 2023.

With all the economic miscalculations on inflation, few predicted a recession in the coming year, but now heading into 2023, the idea of recessionary period for the U.S. economy is now close to 90% there will be one.

Given the fact that the Federal Reserve has signaled in strong terms that it will continue to raise interest rates in its quest to tame inflation, unfortunately, the Fed can only do so much on the monetary side if nothing is being done on the fiscal side of the equation.

The Biden administration continues to double down on increase spending and adding burdensome regulations on U.S. businesses coupled with the fact his and Democrats continued war on American energy producers.

The question, then, is whether price stability can be quickly restored through slower demand growth, resolution of supply-chain issues, and tighter monetary policy. One major risk is that firms will raise wages to attract or retain employees, setting off a wage-price spiral. Thus far, wage growth has lagged price growth (which is why many poll respondents believe the US is already in a recession); but there is no guarantee that this trend will last.

The Biden Administration and the Democratic Party have continued their war on America’s energy sector, it was only a few years the U.S. was energy independent now we are in begging authoritative countries such as Venezuela and OPEC nations to produce more energy.

With the mid-term elections in the rearview, the proposed Republican red wave never materialized, even though the House of Reprehensive flip to the GOP, but only by a few seat; the issues Americans care about have not been resolved.

As the nation enters the new year inflation, and the economy are the top concerns for almost all Americans, and the Biden administration and Democrats believe their policies are working when evidence suggest otherwise.

American savings have plummeted, but credit card debt is rising at a record clip, mostly to pay for basic needs such as groceries and other bills, then factor in the Federal Reserve raising interest rates, this means consumers will be paying a lot more to finance their debt.

The U.S. economy has been sending mixed signals, as the labor market remains fairly robust, with an unemployment rate of 3.7%, but U.S. businesses are still struggling to find workers. The U.S. has returned to pre-pandemic levels, but the labor force participation still about a full percentage point and half below where it was on February 2020, especially lagging among prime working age of those between the ages of (25-54 years) males.

This can only last for so long as labor is always the last of the leading indicators before businesses reach a tipping point and begin to lay off its work force, we are already witnessing this in the U.S. technology sector.

The U.S. is now experiencing lower gas prices, but that is more a reflection of changing driver demands, and this is always the case in winter, but what happens come spring when demands always increase, but this time production will be lower.

Five energy refineries have been taken off line, and will not return because of expense involved, and why would energy companies invest in production when the Biden administration and Democrats want to eliminate them in five to ten years.

Right now the country is expedience a once in a generation winter storm that is forcing millions of Americans to spend higher on utility cost to heat their homes, which will undoubtedly have an impact on inflation.

The Biden administration has signaled that he wouldn’t change anything, but there are many economic headwinds facing the U.S. economy in 2023, an continuing the same polices of the past will only make the situation wore especially for the American people.